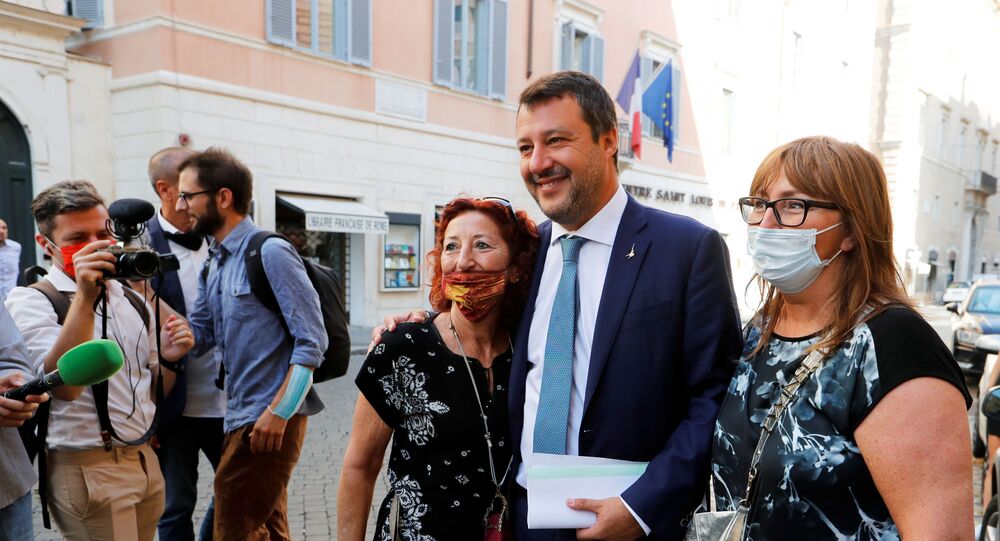 The coronavirus pandemic has seen a collapse in the support base for the nationalist Lega Nord party and now its leader, Matteo Salvini, is facing legal problems after being stripped of political immunity. The former government minister could, however, potentially benefit from being put back in the limelight.

The Italian Senate on Thursday removed parliamentary immunity from Lega Nord leader Matteo Salvini, making it possible for him to be tried for detaining migrants at sea.

The vote passed with a 149 to 141, with one abstention, meaning Salvini, a senator and former deputy prime minister from 2018-2019, could serve up to 15 years in jail if found guilty.

"If anyone thinks they are going to scare me with a politically-motivated trial, you've got the wrong man", Salvini told the senate just before the vote.

Sicilian prosecutors from the city of Palermo claim that Salvini abused his powers during his tenure as then-interior minister in August 2019 in order to "illegally" stop more than 80 migrants in the Mediterranean Sea from disembarking from the Open Arms ship they were on.

Under current law, ministers cannot be tried for actions they take while in office, unless parliamentary immunity is revoked by a vote in the Senate.

"Defending Italy is not a crime. I am proud of it, I would do it again, and I will do it again", Salvini said on Wednesday.

The 47-year old Lega Nord leader claimed that his decision came about as a result of a collective agreement within the government, the same argument Salvini is using in another trial, where is alleged in July to have also blocked migrants from leaving from the 'Gregoretti', an Italian coast guard boat.

Salvini lost his parliamentary immunity in that case, following a vote in the Senate. However, his preliminary hearing has thrice been postponed as a result of the coronavirus pandemic, and is now set for 3 October in Sicily.

Political analyst Franco Pavoncello said that the Senate decision on the Open Arms trial will "certainly have an impact on Salvini" who has seen a drop in support amid the pandemic which has struck Italy particularly hard.

"At the moment Salvini generates little media interest. The decision to strip him of his immunity would re-open the case and could whip up media attention", Pavoncello said to AFP. "Those who vote to send him to trial in a bid to create political problems for him could end up giving him the limelight instead.''

Salvini has acknowledged that the two-month lockdown has had a negative impact on his support, as party rallies across the country and beachside selfie sessions are canceled.

A Demopolis poll found that the Lega Nord has seen a decline of 11 points this year, from holding a voter intention of 37%, down to 25.4% in recent polling.

This would still put them ahead of the ruling Partito Democratico, who are currently polling at around 20%, according to reports.