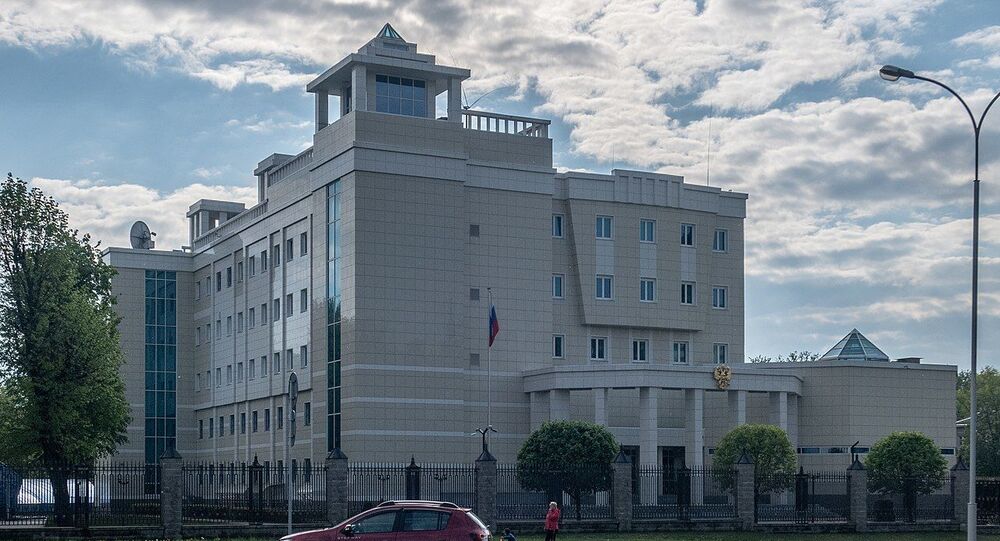 MINSK (Sputnik) - Belarusian authorities did not notify the Russian embassy about any detentions of 33 Russian citizens on the territory of the republic, which were previously reported in the media, and the Russian diplomatic mission requested official information from the Belarus authorities about these reports, the embassy said on Wednesday.

"The embassy has not received an official notification of the detention of Russian citizens on the territory of the Republic of Belarus. [We] have requested official information from the competent authorities of Belarus", the embassy said on Twitter.

Earlier in the day, Belarusian state-run news agency Belta reported, citing an unnamed law enforcement official, that the 33 persons detained for planning to destabilise the situation in the country ahead of the presidential vote were Russians.

The detention took place on the night into Wednesday. Thirty-two "militants from the Wagner Group paramilitary organisation" were detained not far from the Belarusian capital of Minsk, and one more person was detained in the south of the country, Belta reported.

The news agency added that it had been revealed previously that over 200 militants arrived in Belarus to destabilise the situation there.

Belta claimed that the arrested individuals had arrived in Belarus late on 24 July, checked in at a hotel in Minsk and were supposed to check out on 25 July, but instead stayed until 27 July and then moved to a health resort in a Minsk outskirt. Each of them reportedly had a small carry on luggage and a total of three big, heavy suitcases per the group.

Sputnik
Belarus' Army Modernised in Light of 'Modern Wars, Conflicts', Lukashenko Says
Citing the health resort's management, Belta claimed that the individuals attracted attention by their behaviour, which was described as "not typical for Russian tourists", and monotonous clothing of military-style. The individuals reportedly also caught an eye by not drinking alcohol and not visiting entertainment facilities, and instead of keeping detached and trying not to attract attention.

Belarus' Investigative Committee has launched a probe into the arrested individuals, according to the report.

The Belarusian presidential election is scheduled to take place on 9 August.