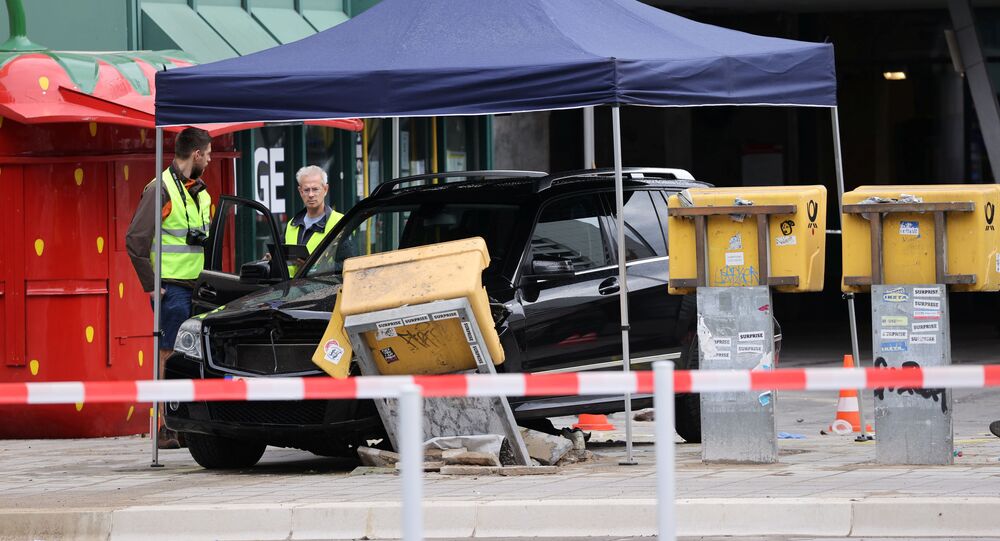 BERLIN (Sputnik) – The German capital’s criminal police said on Sunday that they have begun investigating a 24-year-old car driver who ran into a group of people and is suspected of attempted murder.

"The criminal police are investigating a 24-year-old driver who injured seven people at Hardenbergplatz this morning on suspicion of attempted murder", Berlin police said on Twitter.

In a separate development, the Berliner Zeitung newspaper reported that the driver who rammed into a group of people in the German capital on Sunday was drunk. According to the report, the police noted that the alcohol level in the man's blood was 0.7 mg. In Germany, the blood-alcohol limit is 0.5 mg of alcohol per mg of blood.

​On 26 July, a passenger car swerved off the road and ran into a group of people in Berlin, as a result of which at least seven people were injured.

Local media reported that the driver of the Mercedes Benz with Estonian numbers attempted to make a turn at a high speed, which sent the car skidding into the sidewalk.

Police in Berlin detained the driver at the scene of the incident and said preliminarily that there was no evidence of any political or religious motives.