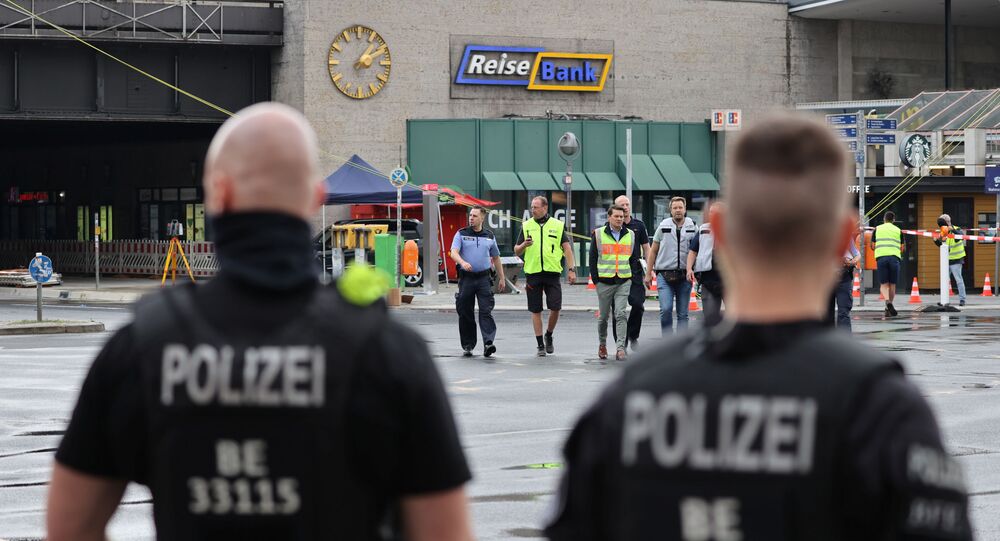 Car Rams Into Pedestrians in Berlin, at Least 5 Reportedly Injured

Police have already opened a probe into the incident, saying that "there is currently no evidence of political or religious motivation" behind the tragedy.

At least five people were injured as a car rammed into pedestrians in Berlin on Sunday, the German media outlet DPA reports, citing police. Conflicting reports suggest that at least 7 people were wounded.

The incident reportedly took place near the Bahnhof Zoo train station in the German capital, with dozens of firefighters and a rescue helicopter now at the scene.

The Berlin Fire Department, in turn, reported on its Twitter page about "a serious traffic accident at Hardenbergplatz, resulting in at least five people being injured, some seriously".

The media reported that the incident occurred at 7:20 a.m. local time, when a man driving his Mercedes-Benz SUV rammed into the crowd.

Berlin police said that the driver had already been detained and that an investigation into the cause of the accident is already under way. According to the police, "there is currently no evidence of political or religious motivation" being behind the incident.

This comes after at least 60 people were injured following a vehicle driving into a crowd of people in late February participating in a carnival procession to celebrate Rose Monday in Volkmarsen, a town of approximately 7,000 people located about 25 miles from the city of Kassel.

A 29-year-old German male who was driving the vehicle was detained by police. At least 18 children were injured in the incident, considered to be an act of attempted murder.