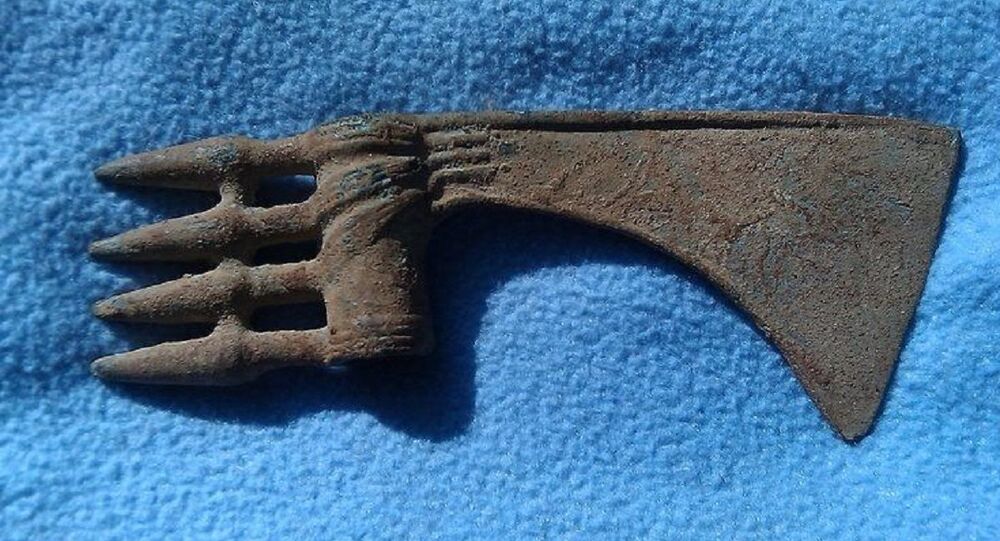 According to the Turkish request, the axes originate from the Hittite kingdom in present-day eastern Turkey and were illegally sold to Sweden in 1910, after a 1906 Turkish law banned the sale of cultural heritage objects abroad.

In an official request to the Swedish Ministry of Foreign Affairs Turkey demanded the axes originating from the Hittite kingdom in present-day eastern Turkey be returned. The axes are said to have been sold to Sweden in 1910, that is after a 1906 Turkish law banned the sale of cultural heritage objects abroad.

“We believe that the sale of these cultural objects was illegal”, Hüseyin Özen, second secretary at the Turkish embassy in Stockholm, told Swedish Radio. At the same time he emphasised that this is not an accusation against Swedish authorities, but rather against the antique dealer who sold the items.

The case is now being processed by the State Historical Museums. According to unit manager Elisabet Regner, there is an established process for how Sweden assesses such requirements.

For Turkey, the request for Sweden to return the Bronze Age axes is part of a larger effort to trace and reclaim cultural objects.

“Over the past 15 years, over 4,000 items have been returned to Turkey. And in the same way, Turkey returns items that are required back from us, if there is relevant information about the items,” Hüseyin Özen from the Turkish Embassy in Stockholm said.

The Hittites were an Anatolian people, who established the Hittite empire that reached its height in the late Bronze Age, when it stretched across most of Anatolia, parts of the northern Levant and Upper Mesopotamia. The ruins of its capital, Hattusa, lie near modern Boğazkale, Turkey.