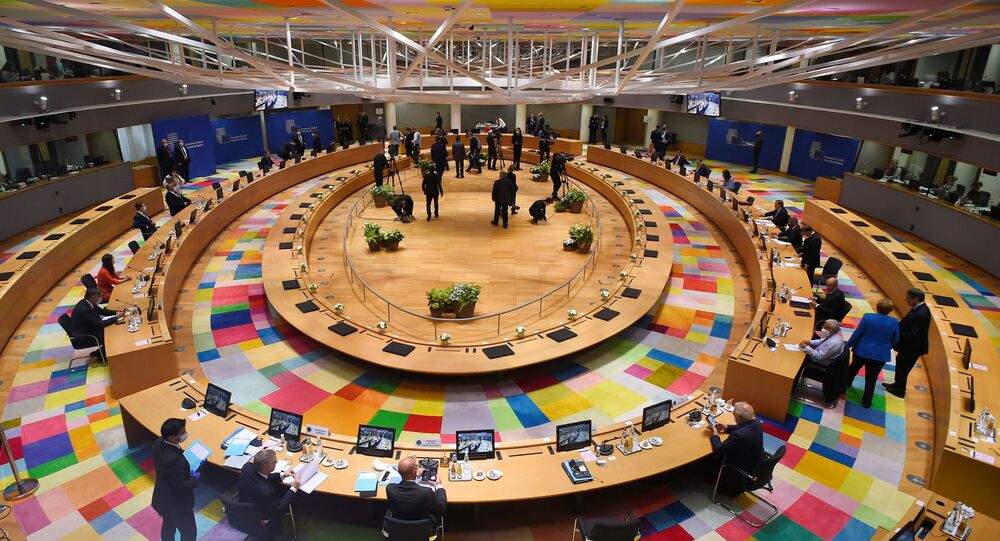 The heads of the European Union are meeting in Brussels for a second day of discussions on issues pertaining to the coronavirus pandemic and the EU budget. The countries have so far failed to reach an agreement on the form the aid to pandemic-stricken countries should take.

President of the European Council Charles Michel has proposed a compromise agreement during the course of the EU budget discussions, envisaging a reduction in the sum of grants handed out to countries to restore their economies from 500 billion to 450 billion euros. Under the revised plan, designed to end the deadlock in negotiations among the 27 EU states, the remaining 300 billion of the 750-billion plan will be handed out in the form of loans.

Michel’s plan also included a so-called “emergency brake” on spending of grant funds by governments, as well as budget rebates for three EU countries – Austria, Denmark, and Sweden. If the plan is unanimously accepted, these three states will be able to contribute less to the EU budget in 2020. The “emergency brake”, in turn, will allow any EU member to bring up for discussion the issue of a grant recipient’s spending that raises doubts.

The new plan, offered by the EU council chief comes as the bloc’s members are struggling to negotiate a 1.85-trillion euro ($2.1 trillion) budget, as well as the 750-billion euro ($857 billion) fund, designed to help those countries hardest hit by the coronavirus pandemic. While the countries agree that the recovery fund is needed there has been little agreement on how much of the funds should be handed out in the form of grants and how their spending should be monitored, as the atmosphere of the meeting is getting ever “grumpier”, according to Dutch Prime Minister Rutte.

The Netherlands is among those nations pushing for additional “strings” to be attached to COVID recovery grants, such as economic reforms, with the country’s prime minister admitting that the discussion of the budget and the recovery fund is unlikely to be swift and painless.

The compromise plan was proposed by Michel hot on the heels of a meeting between representatives of different approaches to the way the recovery fund should function – the Netherlands, France, and Hungary. It is unclear if the plan was born during the course of that meeting and it remains to be seen how much support it will get from the remaining members of the EU.

EU Leaders Are Struggling to Reach Agreement Over Recovery Fund