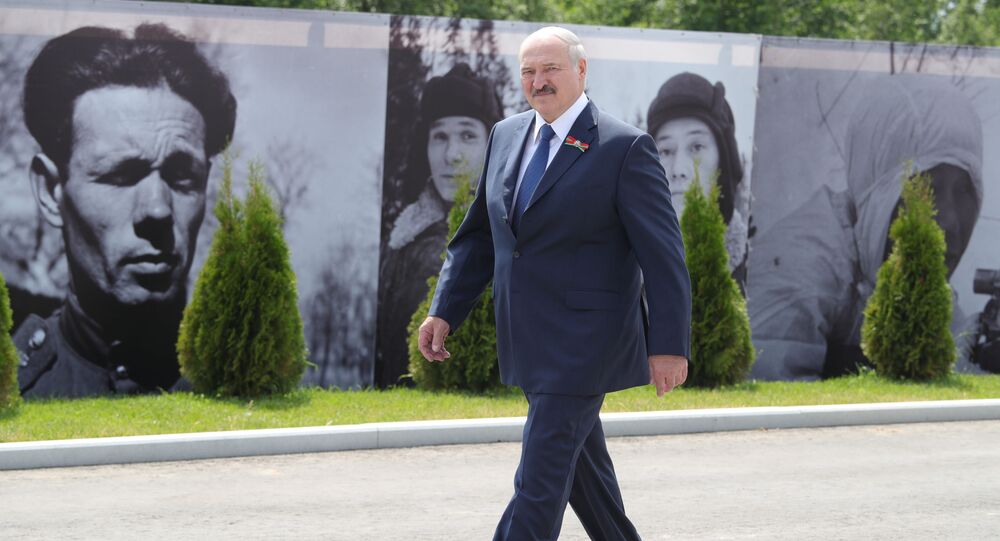 Belarusians are set to go to the polls for presidential elections on August 9, with longtime president Alexander Lukashenko running for a sixth consecutive term.

Belarusian President Alexander Lukashenko has commented on the European Union’s recent criticism of Belarus’s election campaign, urging Brussels to pay attention to the situation in their own backyard instead of “pointing their fingers” at Minsk.

“As far as our western neighbours are concerned, all kinds of things are happening, including double standards. And right now, on the eve of our presidential elections, they have already begun hinting to us: ‘you make sure that everything is democratic, so that, God forbid, there are no clashes in the street,” Lukashenko said, speaking to officials in the city of Vitebsk on Wednesday.

“I recently told [French President Emmanuel] Macron: Look at what your Yellow Vests are doing and how you’re fighting there. I said - you have a partner – the United States, you see what’s going on there. They can’t get by without using tear gas. Try criticizing [Donald] Trump and the United States for a lack of democracy. Try taking a swipe at Russia. But they’re afraid. And so it seems they’ve decided to practice on Belarus once again. But it won’t work. We will protect our country by all legal means,” he added.

The Belarusian president emphasized that he would welcome electoral monitors from abroad, saying candidates have already been registered and that the campaign has begun.

“If you want to observe the elections – please, be our guests, come tomorrow, we don’t mind. We are not hiding from anyone. But we don’t need anyone to point their fingers and tell us how to live. We know how to live. One should sort out one’s own situation first….But you know, it’s always desirable to hide one’s problems behind the screen of a neighbour’s problems, to point one’s finger at neighbours and others. But it won’t work. Not in these times,” Lukashenko stressed.

On Tuesday, European Union foreign policy chief Josep Borrell criticized Minsk for an alleged “lack of transparency” in the verification of signatures collected for the registration of candidates for the upcoming election, saying the issue “undermines confidence in the registration process.”

Brussels has also critiqued what it said was the “seemingly arbitrary” exclusions of two candidates – banker Viktar Babaryka and former diplomat Valery Tsepkalo from the race. Belarus’s election commission denied Babaryka’s registration over inconsistencies in his income and property declaration. Tsepkalo was said to have failed to collect the required number of signatures.