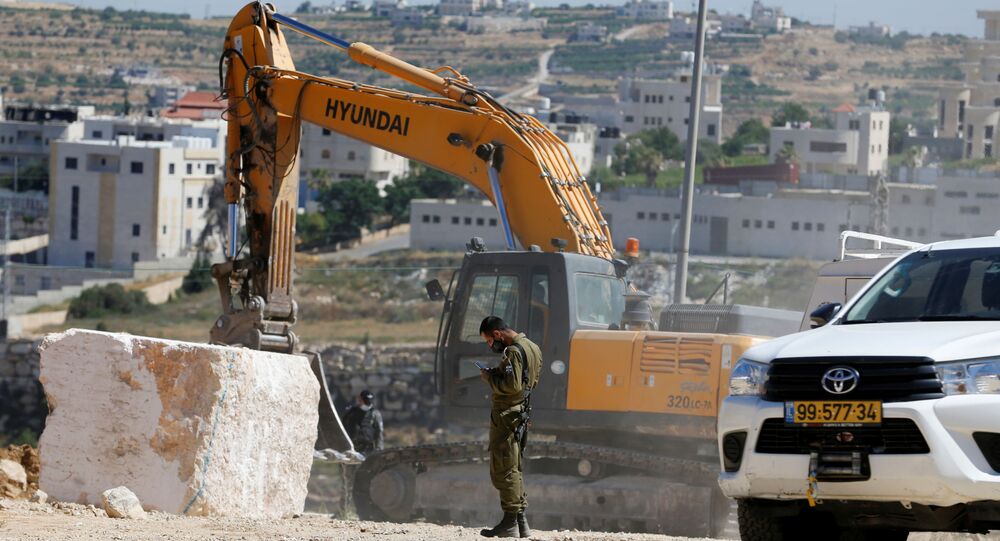 Earlier this month, the Israeli Foreign Ministry said that Tel Aviv would postpone the 1 July deadline for the beginning of a sovereignty expansion over large parts of the West Bank and the Jordan Valley, arguing that the Defence Ministry is still “weighing the risks in the field of security, as [the move] will have serious repercussions”.

Eleven European foreign ministers sent a letter to the block’s foreign policy chief, Josep Borrell, demanding the senior official provide them with a list of measures that could be taken by the European Union to deter Israel, in the event that Tel Aviv moves to expand its sovereignty over large parts of the West Bank and the Jordan Valley, The Guardian reported on Tuesday.

In the letter, sent on Friday and signed by foreign ministers of Italy, France, Belgium, Ireland, Malta, Portugal, Sweden, Denmark, Luxembourg, the Netherlands and Finland, the diplomats argued that the potential list of “legal consequences” of the possible sovereignty expansion and its effect on Israel’s agreements with the EU could “contribute to our efforts to deter annexation”.

The ministers assumed Tel Aviv would reconsider its plans if confronted with potential concrete steps.

“The possible annexation by Israel of parts of the occupied Palestinian territory remains a matter of grave concern for the EU and its Member States,” the ministers said in the letter, cited by the newspaper.

Israel’s intention to apply its sovereignty on one third of the West Bank has been opposed by many EU states, with some calling for the block to implement economic sanctions against Tel Aviv if it moved on with its plans. Some EU states, including Belgium, Spain, Ireland and Luxembourg, suggested the EU should formally recognize the Palestinian state.

According to The Guardian, the ministers’ request for the list of potential responses to the possible extension of the Israeli sovereignty, called an “options paper”, was offered earlier at an informal meeting on 15 May.

“We understand that this is a sensitive issue and timing is important, but time is also short. We are concerned that the window to deter annexation is fast closing,” the ministers told Borrell.

The territories in question were proposed to be allocated to Tel Aviv in a so-called 'Deal of the Century' presented by Trump and his principal senior advisor, son-in-law Jared Kushner. The deal has been rejected by the Palestinians.

Israeli Prime Minister Benjamin Netanyahu intended to start the process of sovereignty expansion on 1 July, but the move, spoken out against by Palestinians, the United Nations, Russia and the European Union, was eventually postponed.