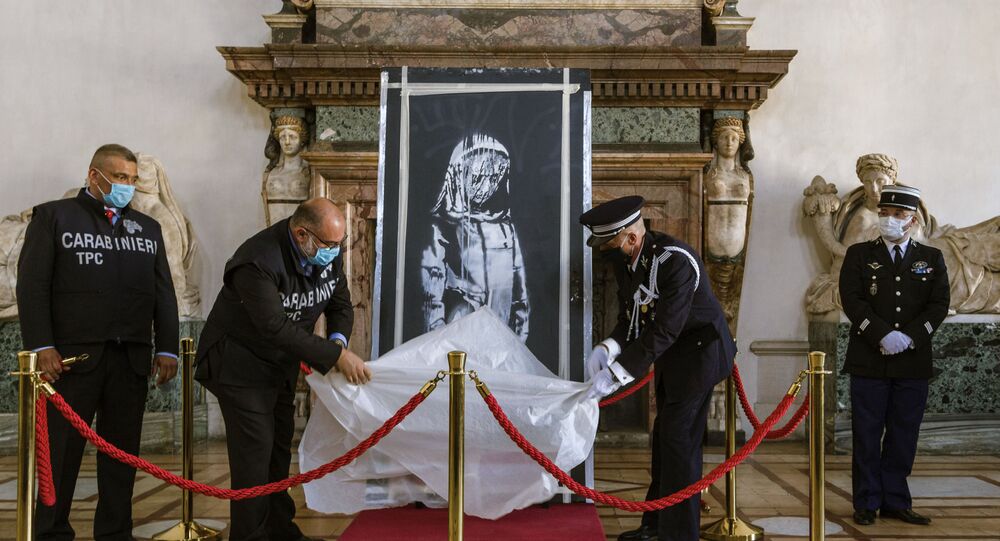 MOSCOW (Sputnik) - A piece of art attributed to famous street artist Banksy in commemoration of the 2015 Paris terror attacks has been returned to France after it was stolen and discovered in Italy, media reported on Tuesday.

The so-called Gate of Banksy was painted in 2018 on an emergency exit door of the Bataclan theater, where 90 people were killed by terrorists during a concert three years prior. It was stolen in 2019, before being discovered by Italian law enforcement officers in the Abruzzo region.

"This work has high artistic value, it witnessed the massacre, and many people were saved through this emergency exit door. In addition, this shows the brilliant cooperation between France and Italy," French Ambassador in Rome Christian Masset said, as quoted by the Italian newspaper La Repubblica.

A transfer ceremony took place at the French embassy in Rome, as France celebrates Bastille Day.

The painting remains in good condition despite the theft. According to a police reconstruction, the thieves used grinders to cut away the emergency exit door before escaping with the artwork.

On 13 November 2015, terrorists launched a series of coordinated attacks in the French capital, including in Bataclan, that killed a total of 130 civilians. Daesh terrorist group (banned in Russia) claimed responsibility for the attack.