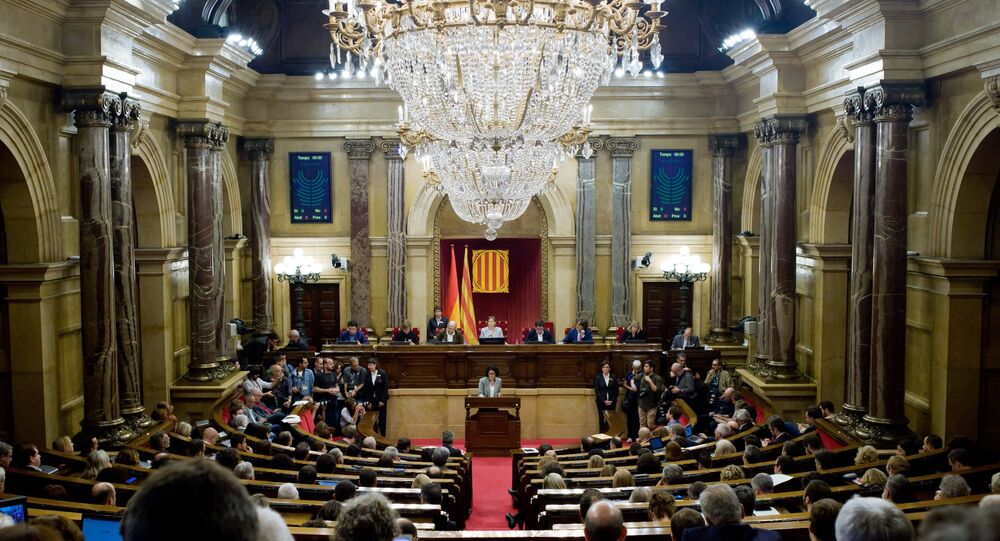 Pegasus software, a spyware platform sold by Israeli cyber-intelligence firm NSO Group and said to be capable of gaining access to a smartphone's camera and microphone, turning the device into a ‘pocket spy’, is said to have been repeatedly used to target activists, journalists, diplomats, politicians and lawmakers across the globe.

Roger Torrent, speaker of the Catalan parliament and a regional MP for the Catalan Republican Left party, has claimed that his cellphone was targeted in 2019 using the Israeli spyware firm NSO Group’s Pegasus platform, according to two joint reports, by the Guardian and El Pais, published on Monday.

Torrent has been reportedly informed about the targeting by Citizen Lab, an online privacy advocacy group based at the University of Toronto’s Munk School. The lawmaker accused the “Spanish state” of conducting such an attempt, which he described as a “dirty war” against its political opponents.

According to the report, Torrent has been targeted by the spyware, which is capable of gaining access to a smartphone camera and microphone turning the device into a 'pocket spy', along with at least two other Catalan pro-independence politicians, former MP Anna Gabriel and activist Jordi Domingo.

“[It] corroborates and confirms the fears or ideas that we pro-independence campaigners had about the state being prepared to use all the mechanisms at its disposal to go after a legitimate political project,” Torrent said, as cited by the Guardian. “It seems wrong and unacceptable from a democratic point of view and with regards to the rule of law. It also seems to me to be immoral for a huge amount of public money to be spent on buying software that can be used as a tool for the persecution of political dissidence.”

Although there has been no clear evidence regarding the alleged targeting, the speaker argued that NSO sells its controversial software, which is used to track criminals and terrorists, only to governments, vowing to seek an investigation into the matter.

“But beyond that, I don’t know,” the lawmaker stated. “That’s what needs to be cleared up: who’s behind this; specifically, which state apparatus is using these tools in what I have to say is an illegal manner that contravenes the right to privacy, the right to private communications, and the right of a political movement with a legitimate and democratic political proposal to conduct itself without interference from a state that is ultimately persecuting political dissidence.”

In response to the Guardian’s report, Spain’s National Intelligence Centre (CNI) said in a statement that it acts “in full accordance with the legal system, and with absolute respect for the applicable laws” and under the oversight of the nation’s supreme court. The CNI did not reportedly respond to the newspaper’s direct question on the use of the Pegasus software.

In the meantime, the Spanish prime minister’s office said in a statement that there has been no evidence on the targeting of the Catalan politicians' cellphones, adding that such operations are usually carried out “in accordance with the relevant judicial authorisation”.

“The government has no evidence that the speaker of the Catalan parliament, Roger Torrent, former MP Anna Gabriel and the activist Jordi Domingo have been the targets of hacking via their mobiles,” the office said. “Furthermore, we must state that any operation involving a mobile phone is always conducted in accordance with the relevant judicial authorisation.”

On Monday, the Tel Aviv District Court rejected, for lack of evidence, a petition filed by Amnesty International to suspend NSO Group’s export license over allegations that the company's technology is used to target journalists, lawmakers and activists around the world.

NSO is facing another ongoing lawsuit filed by Facebook and its WhatsApp messenger division for being allegedly responsible for a series of highly sophisticated cyber-attacks that they claim has targeted the mobile phones of more than 1,400 of its users in 20 different countries during a 14-day period from the end of April to the middle of May.

The Truth Behind NSO's Malicious Malware Attack on Mansoor