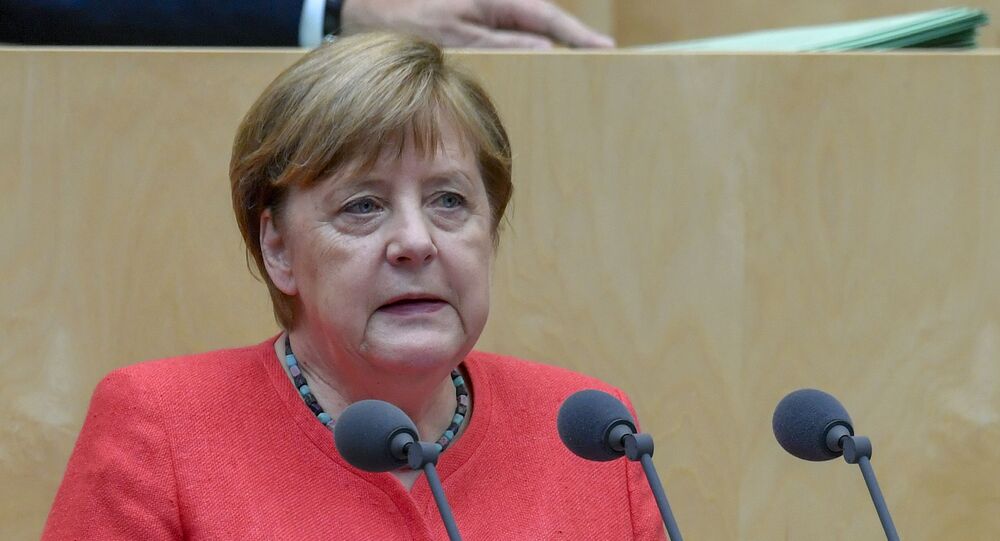 The development comes as the European Commission earlier this week predicted that the bloc may plunge into a massive recession this year due to the coronavirus outbreak, with Germany, the EU’s largest economy, expected to see a 6.3 percent fall in GDP.

German Chancellor Angela Merkel has said she can’t guarantee that the European Union will manage to reach an agreement on a coronavirus recovery fund and a multi-year budget at the upcoming meeting of EU leaders this week, as differences remain between the member states.

"The positions remain apart", Merkel said during a joint press conference with Italy’s Prime Minister Giuseppe Conte, noting, however, that she doesn’t regard Rome’s position on the EU proposals as a hurdle to a possible deal.

The chancellor voiced her hope that the bloc would succeed in resolving the differences at the upcoming meeting, but noted that she can’t say whether a second leaders’ summit will be needed in order to reach a deal. EU leaders are set to gather on Friday and Saturday to discuss the bloc’s response to the coronavirus crisis and adopt a budget for 2021-2027 amounting to some 1.1 trillion euros.

Last week, Chancellor Merkel urged all EU member states to support the German-French initiative to create a recovery fund of at least $565 billion to help the countries that have been the worst hit by the coronavirus pandemic.

However, the proposal has divided the bloc. Southern states, like Italy and Spain, believe that the aid should be given as grants, while Austria, Denmark, Sweden, and the Netherlands contend that it should be provided as loans.

The head of the European Central Bank, Christine Lagarde, warned that EU economies are heading for a dramatic fall due to the coronavirus-induced lockdown measures and urged member states to waste no time and agree on the proposed stimulus plan.

Europe became the second epicentre of the coronavirus pandemic after China. The disease has killed more than 200,000 people on the continent. Security measures introduced to stop the spread of the disease have severely affected countries’ economies, with the European Central Bank predicting that the continent could suffer the worst economic recession since the end of the Second World War.