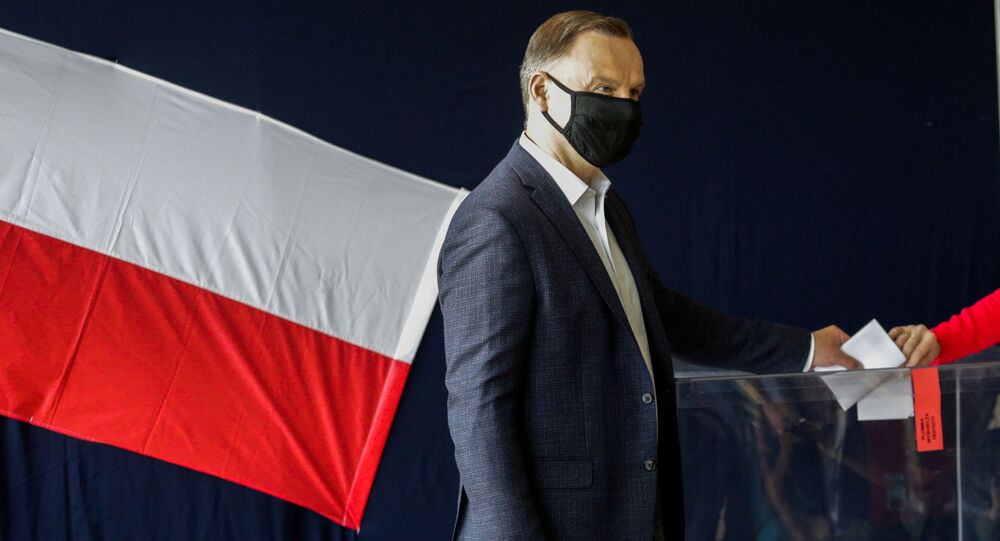 In the first round, Duda came first with 41.8 percent of the votes cast, falling short of the 50 percent needed to ensure victory without the need for a second round.

The second round of the Polish presidential election took place earlier in the day, and the exit poll showed Duda, an ally of the Law and Justice party, as having a lead of less than one percentage point over his challenger.

The poll gave the incumbent president 50.4 percent of the vote, compared to Trzaskowski's 49.6 percent.

The results of the election are expected to be revealed on Monday.

Duda assumed office in 2015, taking 51.6 percent of the vote in a runoff against then-incumbent president Bronislaw Komorowski.

Duda is famous for pursuing policies contrary to Brussels, campaigning on conservative family values and pledging to prohibit what he calls LGBT propaganda among the country's children.