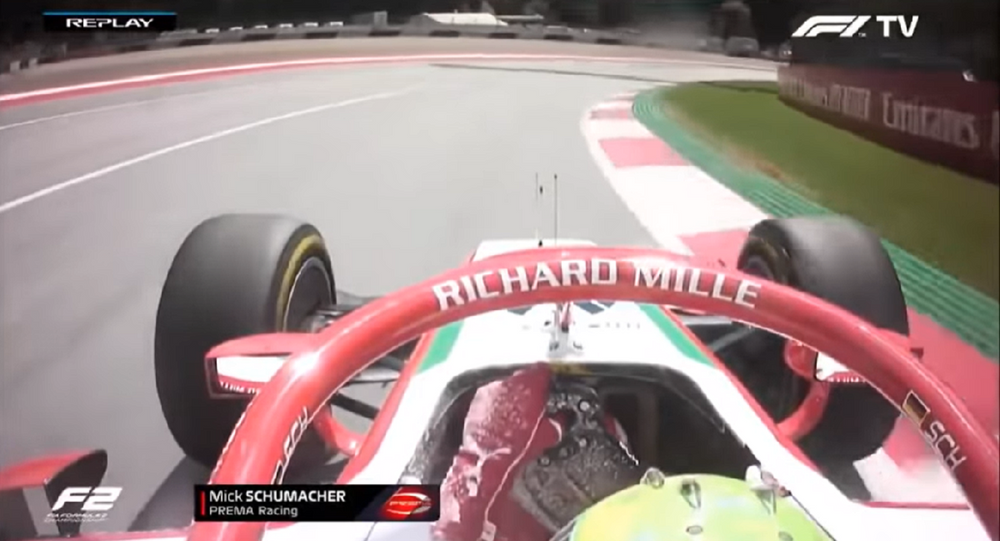 Schumaher had to stop the car and step outside to solve the problem with the out-of-control device. The racer now has the chance to regain his position in a week in Hungary.

Mick Schumacher, the son of the legendary Formula 1 champion Michael Schumacher, had his hopes for victory dashed at the F2 Styrian Grand Prix after an incident with a fire extinguisher inside his vehicle botched his chances.

In a video shared on social media, white smoke is seen bursting from behind the steering wheel, covering the racer's helmet and gloves with dry ice. Schumacher, who was running in third place, had to eventually pull over and deal with the malfunction, thus dropping out of the race.

The racer said via Twitter that the incident was caused by a piece of rubber that hit the emergency switch and started the extinguisher.