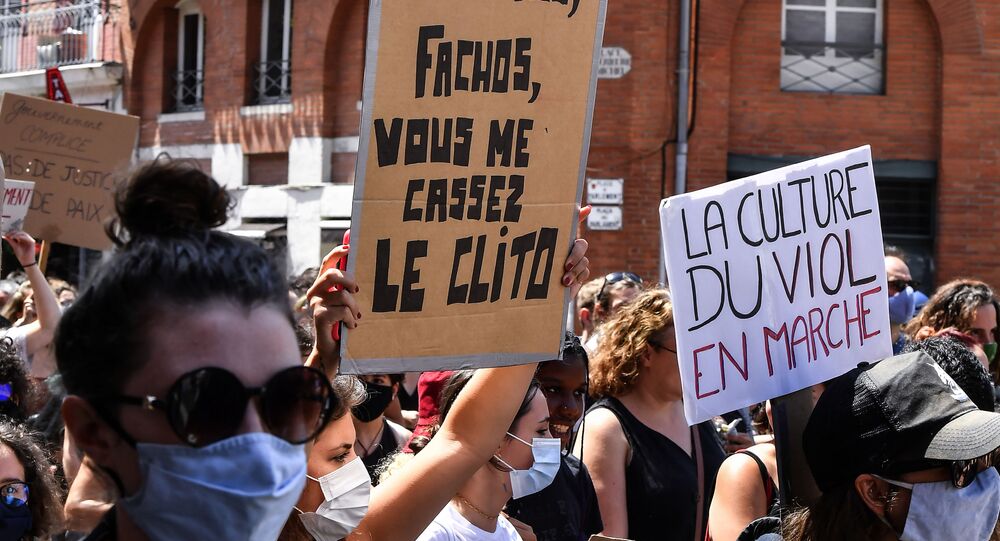 Earlier this week, Gerald Darmanin, the former budget minister, who was accused of raping Sophie Patterson-Spatz in 2009, was promoted to interior minister in a government reshuffle.

Live from Paris on Friday as feminists have gathered in front of the capital’s city hall to protest against Monday’s nominations of Gerald Darmanin, who was accused of rape, as interior minister, and Eric Dupond-Moretti, who has defended high-profile rape suspects, as justice minister.

Earlier this week, some two dozen feminist demonstrators gathered outside of the Interior Ministry, chanting “Darmanin, rapist” and “Darmanin, resign”.

A preliminary inquiry into Gerald Darmanin began in 2017 when Patterson-Spatz came forward with the claims, but was dropped months later after prosecutors said they could not establish an “absence of consent”.

The Paris court of appeals ruled last month, after a back-and-forth legal fight, that the inquiry may be reopened.