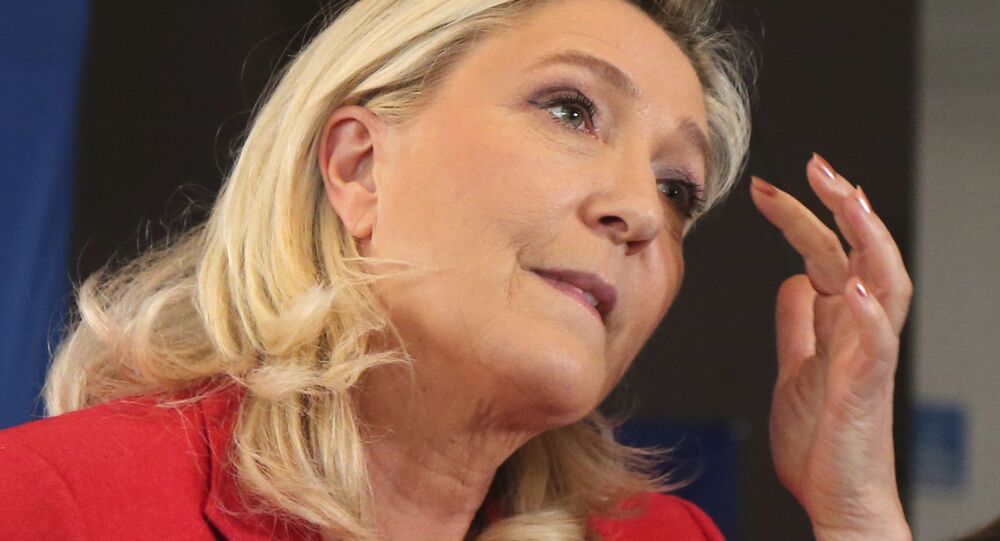 In a communique released on Thursday, president of the French party National Rally, Marine Le Pen, called for more practical steps to resolve the threat of "Islamist radicalisation" in the country.

She recalled a recent parliamentary report that expressed concern over "the reality" of such radicalisation, also pointing out that "a minority of the French population of Muslim faith tends" to accept "intransigent" behaviour under the guise of religion.

Le Pen also referred to a similar report issued by French MPs in 2019, when they voiced alarm about "the rise in religious communitarianism which is spreading in enclaves where separatism intends to impose" its own laws that are different from those of France.

In an apparent criticism of Emmanuel Macron's handling of the issue, the National Rally head noted that she wonders how many Salafist mosques have been closed since the French president's promise in February to fight Islamic separatism in the country.

She emphasised that the time is ripe to take "decisive steps" in the face of spreading "Islamist totalitarianism, an ideology which does not recognise the separation of religion and the state, a great principle of democratic and pluralist societies".

"We must put an end to compromises and complacency. It is now necessary to prohibit all the radical Islamist groups operating in certain areas and enjoying total impunity to remind that in France […] no religious dogma should prevail over the destiny of the French people", Le Pen underscored.

She also highlighted the need to "stop a massive and anarchic immigration which only reinforces the communitarianism, paving the way for spreading radical Islamism".

The remarks followed Macron pledging in mid-February to restrict other countries from sending imams and Islamic teachers to France, part of the French government’s efforts to prevent "separatism".

"This end to the consular Islam system is extremely important to curb foreign influence and make sure everybody respects the laws of the republic", he told reporters during a visit to the eastern French city of Mulhouse at the time.

Macron added that the government had asked the French Muslim Council (CFCM), which represents Islam in the country, to focus on training imams on French soil and ensuring they can speak French and not spread radical Islamist views.

"The problem is when in the name of a religion, some want to separate themselves from the republic and therefore not respect its laws. […] Mosques financed with transparency with imams trained in France and respectful of republican values and principles, that's how we will create conditions so that Muslims in France can freely practice their religion”, the French president said.

He referred to 300 imams who are annually sent to France, vowing that the practice will stop as of next year. The country’s Muslim community remains the biggest of its kind in Europe.