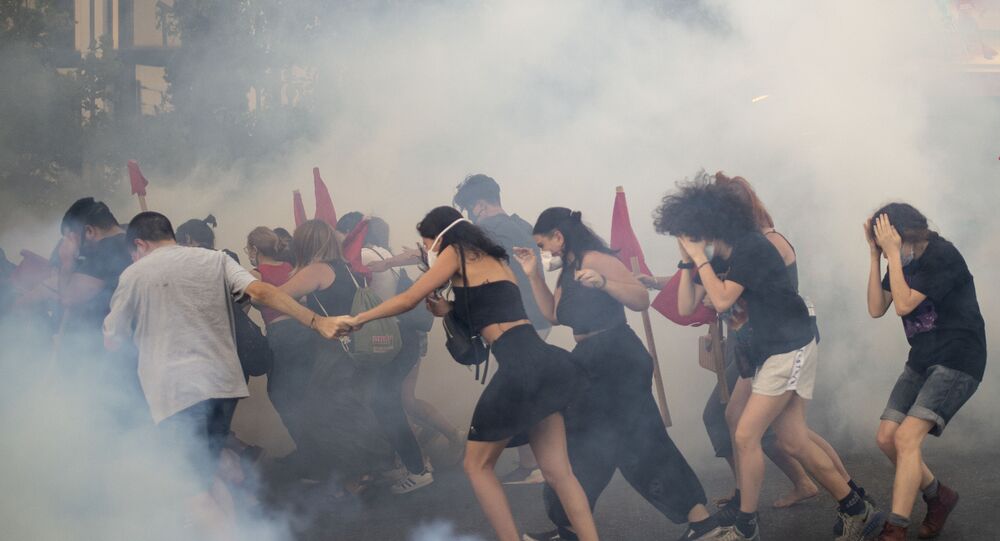 ATHENS (Sputnik) - The Greek parliament on Thursday approved of a bill that will regulate public protests amid a night of unrest in Athens.

The changes include obliging organizers to notify authorities about open-air events, but an undeclared event does not automatically become illegal. Another novelty is the right to ban gatherings for public security reasons or to protect a social and economic life of a district from disproportionate disturbance. It also allows the police to disperse demonstrations on some occasions.

The bill has passed with 187 lawmakers of 288 present having voted in favour. Per the demand from the opposition, a vote was held on every clause.

There are several demonstrations currently being held in the centre of the city. Most of them are peaceful, but earlier in the day, a group of 150 people at the central Syntagma Square, where the parliament is located, threw Molotov cocktails, stones, and bottles, with the police retaliating with teargas. The disturbance lasted for about 15 minutes.

Three police officers have been injured, according to Skai TV channel. Six people have been arrested and 16 detained.

Clashes in Athens during a big demonstration against a government's new law posing restrictions on street protests. #Greece pic.twitter.com/D7DMA2m4en

The government says that constant rallies create problems for the residents, interrupt traffic and trade, while the opposition claims it to be the first case of curtailing the right of assembly since the post-WW2 rule of the military junta.