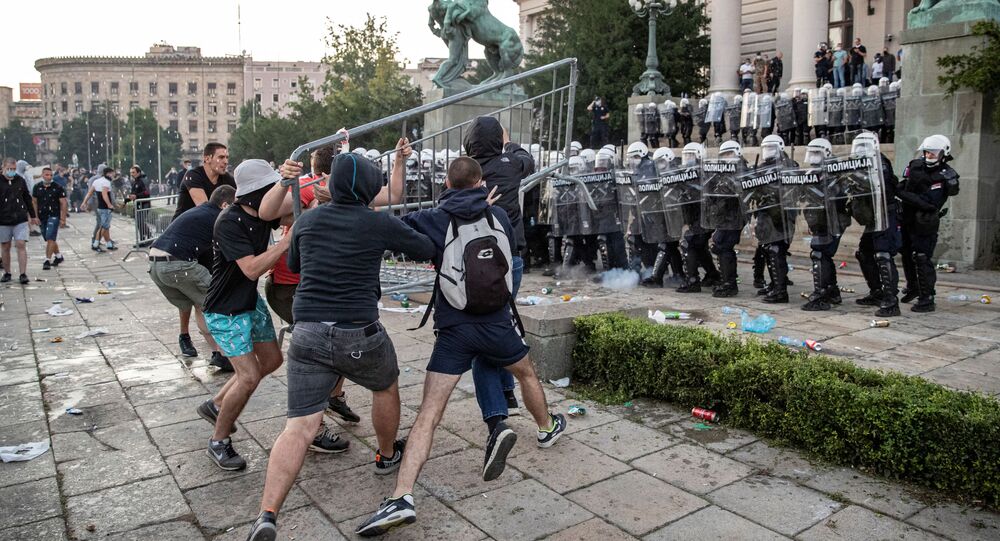 BELGRADE (Sputnik) - The unrest in Serbia over the last two days has been an attempt to start a civil war, the country's defence minister, Aleksandar Vulin, said Thursday.

"There is terrible violence on our streets, an attempt at a coup, an attempt to take over the power and start a civil war in Serbia. There is no other way to describe and explain this," the minister said as quoted by his press service.

Earlier in the day, local health authorities stated that seventeen demonstrators and 19 police officers suffered light injuries as Belgrade protests over the coronavirus-linked curfew continued for the second night in a row.

"Nineteen policemen and 17 demonstrators were injured, there were no serious injuries among them," Ivana Stefanovic, the director of Belgrade’s ambulance services, told Radio Television of Serbia.

© CC0
No Guests and Kisses: Weddings in Serbia Amid Epidemic
Late Tuesday, Serbian President Aleksandar Vucic revealed plans to impose new restrictions to curb the spread of COVID-19, including the same curfew that had been enforced during the March-May state of emergency.

This prompted a clash between protesters and the police outside of the country's parliament, with 43 officers and 20 citizens injured, and 24 protesters arrested on Tuesday night. Vucic called riots the most flagrant case of political violence in several years.

However, the riots in the Serbian capital have not stopped.