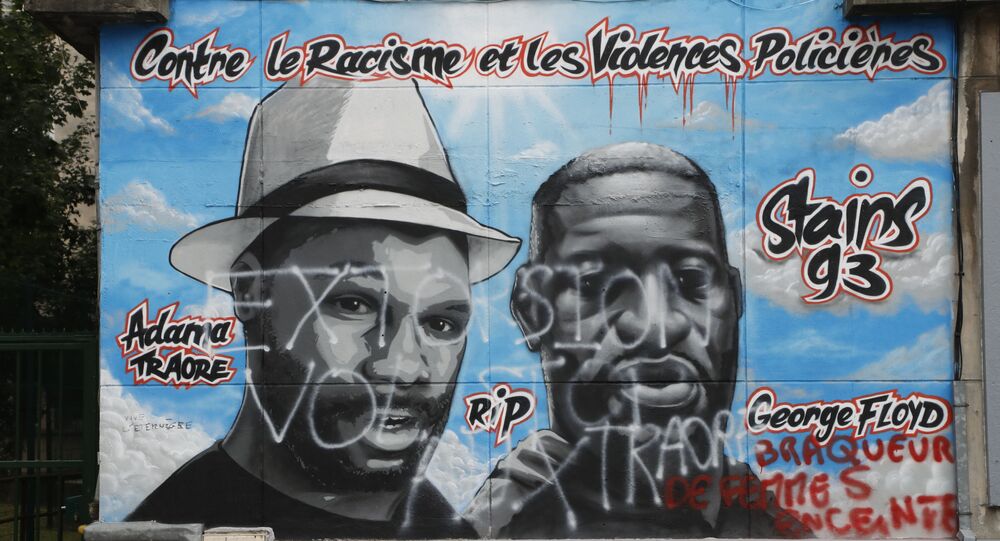 The vandalism apparently took place sometime during the night of 4 and 5 of July, but the exact circumstances of the event were not immediately clear.

A mural in France made as a tribute to George Floyd, an African-American man who perished in police custody after being detained by cops in Minneapolis earlier this year, and Adama Traore, a Malian-French man who died in custody after being restrained and apprehended by police in Paris in 2016, ended up being vandalized.

According to La Depeche, the mural, which was created in Stains in Seine-Saint-Denis by a collective of local artists and inaugurated little more than a week ago, was defaced sometime on Saturday night.

The perpetrators sprayed words like "extortion", "theft", "stop at Traore" and "robber of pregnant women" on the image.