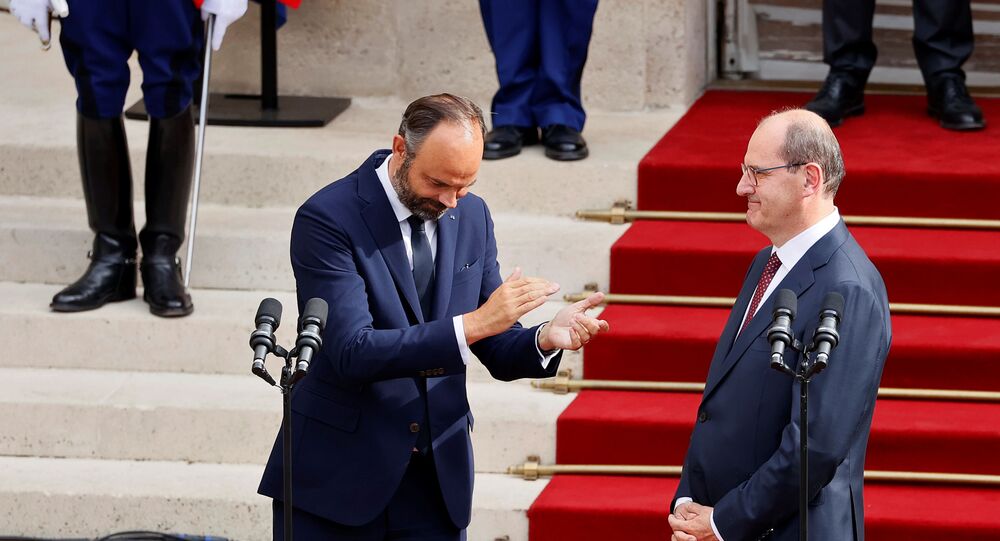 MOSCOW (Sputnik) - France needs an open mind and a firm hand, outgoing Prime Minister Edouard Philippe said during a ceremony of handing over powers to his successor, Jean Castex, on the steps of the Matignon Palace in Paris.

Philippe, who served as head of government since 2017, resigned on Friday morning. His place was taken by Jean Castex, who previously held the post of mayor of the southwestern commune of Prades and previously the official in charge of lifting coronavirus restrictions.

"Dear Jean Castex, I am very pleased to receive you at the Matignon Palace and to pass on the torch," Philippe said.

He added that the post he is transmitting is "a great honor and a heavy burden".

Philippe had seen a surge in popularity after becoming the face of the government’s efforts against the coronavirus pandemic. On Sunday, he was elected mayor of his native Le Havre, where he is expected to take the reins.

The president is expected to make further ministerial changes in the coming weeks and months following a poor showing in the municipal elections, where his party failed to win any of France’s major cities.

France's Louvre Plans to Reopen on 6 July as Lockdown Eases

As Unemployment in France Soars Amid COVID-19, What Industries Feel Abandoned by the Government?