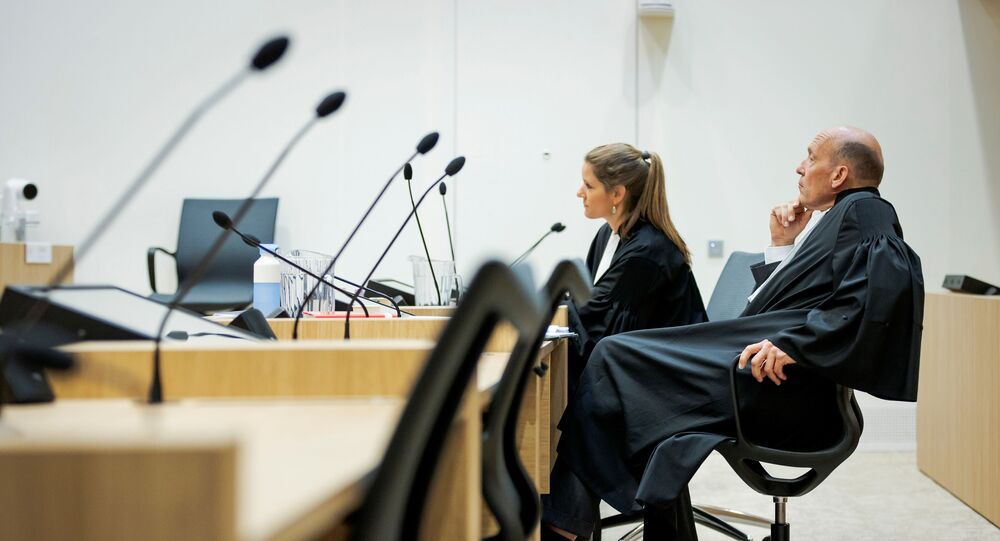 During one of the previous hearings in late June, Sabine ten Doesschate, the defence lawyer for Oleg Pulatov, one of the defendants in the MH17 case, stated that the Ukrainian military may have hit the MH17 passenger plane in 2014 by mistake.

The hearing in the case of the 2014 downing of Flight MH17 in Ukraine is resuming at the Schiphol Judicial Complex in Badhoevedorp, the Netherlands.

The Dutch court has declined the request of the defence in the MH17 crash case to ask NATO once again to provide satellite data gathered by surveillance aircraft AWACS, Presiding Judge Hendrik Steenhuis said on Friday.

"The description in the file by the national public prosecution to answer the question of whether NATO has further information gathered by AWAC aircraft ... This report, in combination with the answer given to the same question .... to NATO, says the data of the AWACS aircraft did not yield any relevant data for the investigation into the crash of Flight MH17, and it leads to the conclusion that such data are not available. It can be therefore reasonably ruled out that a new request could lead to a different conclusion. So, this request is rejected," Steenhuis said.

Malaysia Airlines Flight MH17 crashed on 17 July 2014 in eastern Ukraine while en route from Amsterdam to Kuala Lumpur, killing all 298 people on board. The accident is being investigated by Dutch prosecutors and the Netherlands-led Joint Investigation Team, which claims that the plane was hit by a Russian Buk missile. Moscow has repeatedly denied involvement in the incident.