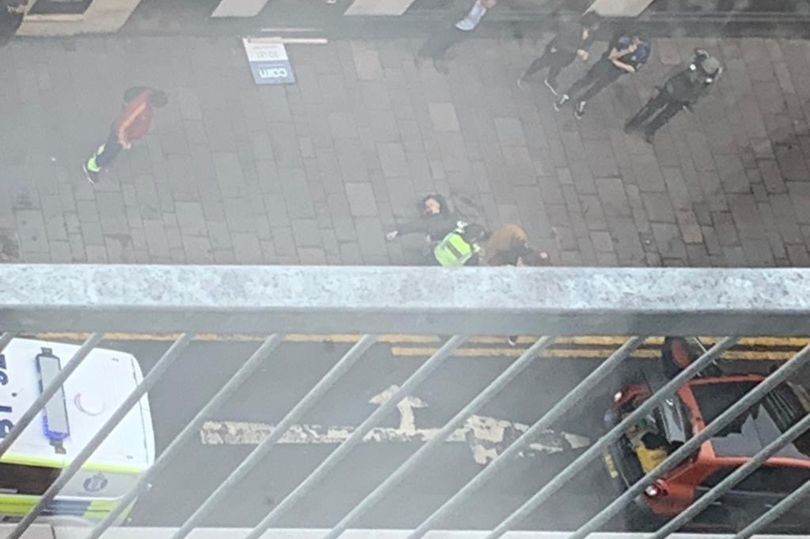 The incident comes just two days after Friday's fatal stabbing incident in the Scottish city, and a week after another stabbing attack in the UK city of Reading which left three people dead and wounded three others.

Glasgow, Scotland has suffered its second stabbing attack in just two days, with police called in to respond as an eyewitness told the Glasgow Times about the incident.

"Literally just happened, was loads of screaming and guy is on the ground with blood all over him," the witness told the newspaper on Sunday.

Another police incident in Glasgow City Centre this afternoon - just a couple of streets away from the Park Inn Hotel. A small cordon is in place. https://t.co/h7qOnsqGGt

Police cordoning off part of Argyle Street this afternoon. pic.twitter.com/boSmrMgJD8

Police have cordoned off a part of Argyle street amid reports of a man 'covered in blood'. @Glasgow_Times pic.twitter.com/4itEWQvLvu

Police Inspector Gareth Griffiths told reporters that the stabbing attack appeared to have been a "targeted" incident.

"We were called around 12.10pm on Sunday, 28 June, to a report of an assault in Argyle Street, Glasgow. Officers are currently at the scene. We believe this was a targeted assault and we do not believe there is a threat to the wider public,” the officer said in a statement.

NEW: Police have this morning been dealing with a stabbing on Argyle Street in Glasgow city centre.

Officers say it was a targeted attack and they don’t feel there is a wider threat. @BBCScotlandNews pic.twitter.com/0h2mSTtz3f

Footage of the scene posted to social media show police cordoning off an area outside Traders' bar and the Premier Inn on Argyle street. Separate, yet-to-be-authenticated photos appear to show a man lying on the ground immediately after the attack, with several people, likely police officers, standing nearby.

The victim's condition is unknown, and it is not known what caused the altercation at this stage. According to the eyewitness, it "looked like the guy came out of the Premier Inn hotel."

"The guy's shoes and a load of blood still on the pavement," the witness added.

Sunday's attack follows Friday's fatal incident just blocks from the Park Inn Hotel, in which Badreddin Abadlla Adam, a Sudanese-born 28-year-old man was shot dead by police after going on a stabbing rampage which injured six people, including a police officer. The officer, PC David Whyte, 42, has since recovered from his life-threatening injuries.

A week earlier, on June 20, Khairi Saadallah, a 25-year-old Libyan refugee, killed three people and injured three others in a stabbing attack in the southern England city of Reading before being arrested. Authorities are treating that incident as a terrorist incident.