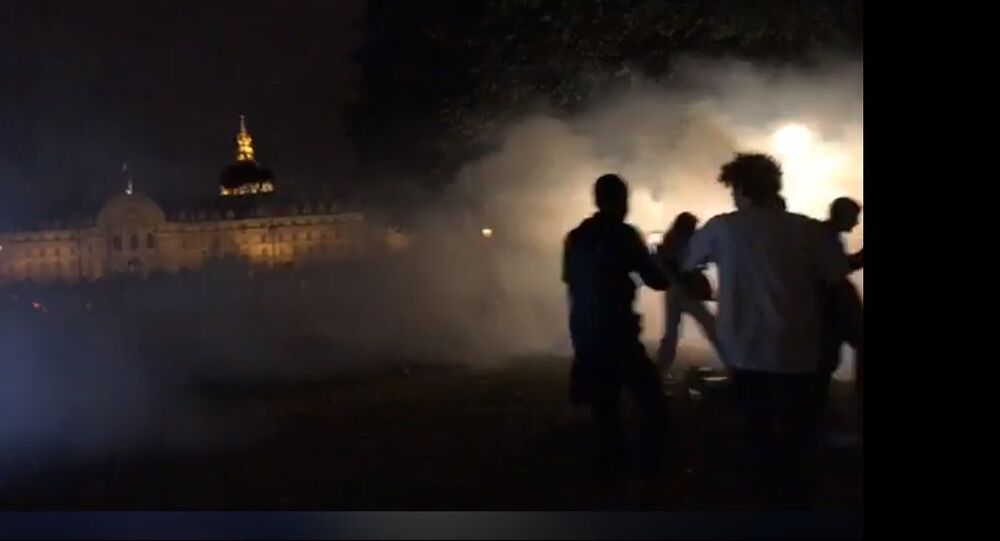 The party got out of control, with police trying to disperse the participants, who continued to flock to the area, using tear gas after fireworks were thrown in the crowd.

Hundreds of young people have gathered on the Esplanade des Invalides, Paris, following "invitations" to a 'Project X' party on social media.

Footage from the scene has been shared on Twitter, showing large crowds of people and a heavy police presence in the area.

Another video shows "partygoers" piling up someone's car as the driver is trying to pass through.

The party was apparently inspired by the 2012 movie "Project X", which depicts a high school student who throws a party while his parents are away that turns into a mass riot. The invitation to the party was posted online.

The film was blamed for triggering a series of large-scale 'copycat" parties following its release, including cases of vandalism, burglary and drug possession, mainly by those under the age of 21.