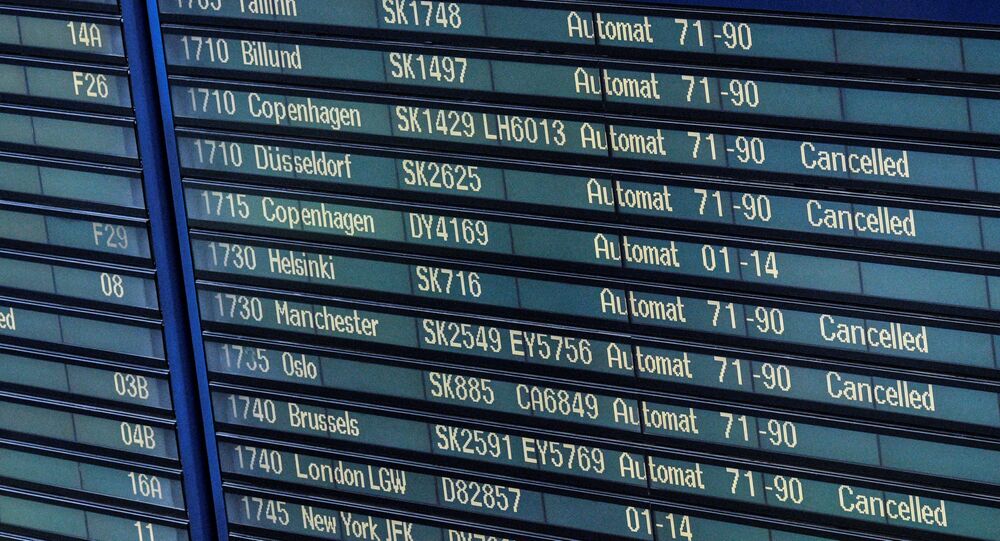 Since the onslaught of COVID-19, Scandinavia's largest airline has suffered greatly, having furloughed 90 percent of its staff as early as mid-March.

The Scandinavian flagship carrier SAS has terminated 560 of its pilots in Sweden, Norway, and Denmark amid a drastic fall in the number of flights due to the ongoing coronavirus crisis.

The layoffs stirred strong reactions from the Swedish Pilot Association.

“We are not impressed with how SAS has handled the process”, its chairman Martin Lindgren told national broadcaster SVT.

At the end of April, SAS notified 5,000 employees, almost half its staff, of coming layoffs. While the pilots were alerted in advance amid the coronavirus pandemic, the Swedish Pilot Association suggested that the airline had failed to use all the available means to avert this situation.

“They have decided to press ahead with layoffs before looking at other alternatives”, Lindgren said.

In May, flights to and from airports operated by Swedavia, the company that manages ten of Sweden's largest airports, fell by 98 percent compared with the previous year.

According to the Swedish Pilot Association, the temporary reduction in operations doesn't justify the mass layoffs.

“How can SAS know what the situation will look like in six months when these pilots have long left?”, Martin Lindgren wondered.

Scandinavian Airlines, most often referred to as SAS, is the flagship carrier of Denmark, Norway, and Sweden, headquartered in the Swedish city of Solna. Prior to the outbreak of the coronavirus, it operated some 180 aircraft to 90 destinations. Its main hubs are Copenhagen Kastrup, Stockholm Arlanda, and Oslo Gardermoen.

Since the onslaught of COVID-19, SAS has suffered greatly, having furloughed 90 percent of its staff as early as mid-March. In late April, it announced it was laying off 5,000 people due to "unprecedented circumstances".

Earlier this month, the Swedish government presented a recapitalisation plan that would inject inject up to SEK 5 billion ($534 million) into the ailing airline, together with Swedavia. The much sought-after help comes with a series of conditions and environmental requirements, forcing the company to further reduce emissions.

SAS previosly estimated that it needs some SEK 12.5 billion ($1.35 billion) in extra funding. Denmark is also expected to step in to help the struggling airline.