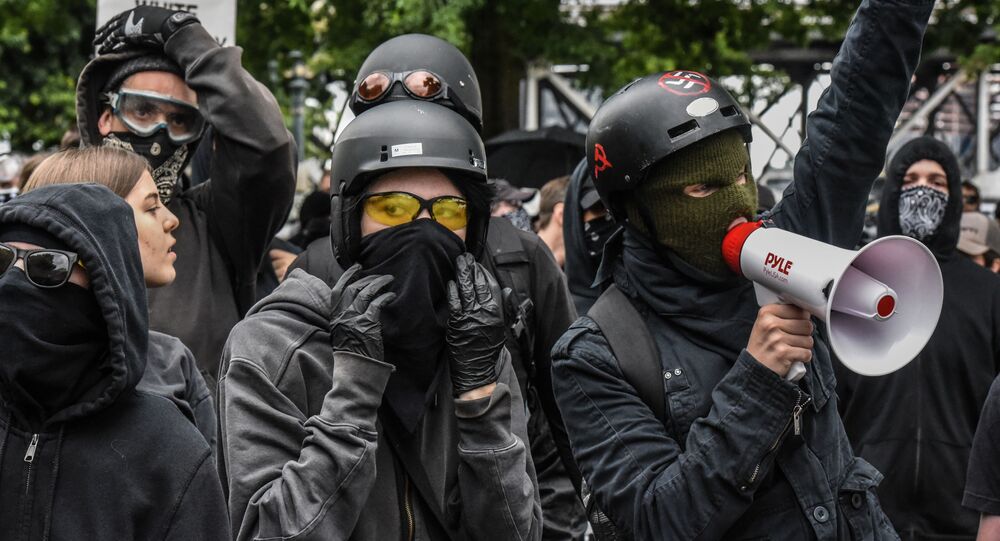 US President Donald Trump has argued the violent Black Lives Matter rallies that blossomed across the country following the death of African American George Floyd in police custody and which include looting and pillaging, are being led by Antifa, and pledged to designate it as a terrorist organisation, making it illegal on American soil.

The Sweden Democrat politician pointed out that the Antifa network, whose overarching goal is to abolish the current social order in favour of a stateless and classless society, has a long history of threats, assassinations, and violence against its opponents.

“AFA's actions have in many cases been violent, and the organisation has taken on the blame for, among other things, assassinations, mistreatment, and threats against actors who are seen as opponents. They believe that violence is a legitimate method to use to achieve their goals”, Söder wrote in his inquiry.

He pointed out that SÄPO, the Swedish Securty Police, have long established that AFA is one of the leading players in the left-wing extremist environment and poses a threat not only to democracy and its basic functions, but also individual people's freedoms and rights.

“In the wake of George Floyd's death, AFA, along with the racist network Black Lives Matter, orchestrated violent demonstrations and riots both in the US and elsewhere in the world (including Sweden), where damage to businesses and buildings has been enormous and people have been abused and killed”, Söder explained his point.

In his inquiry, Söder referred to US President Donald Trump who previously announced that Antifa would be listed as a terrorist group following major riots that swept the nation. This would allow the authorities to have greater opportunities to prosecute Antifa members.

Björn Söder also emphasised that members of AFA organised violent riots, burned down opponents' premises, destroyed government buildings, and threatened judges and officials with weapons, listing a plethora of examples. Rewards have also been pledged by Antifa to those who abused named political opponents and mistreated several politicians.

“Sweden has previously referred to the EU and UN terror classification. However, it is obvious that these ratings are not always sufficient. In order to maintain democracy and freedom, it is important that activities that are violent and paramilitary can be classified as terrorism and thus meet the resistance of society at completely different levels”, Söder continued.

Anti-fascist action, commonlly referred to as AFA or Antifa, is a loosely connected militant left-wing movement rooted in socialism, communism, and anarchism. While largely modelled after the 1930s Antifaschist Aktion etablished by German communists in self-defence against the Nazis, Antifa is no stranger to violent actions. Over the years, Antifa has been blamed for assaulting and mistreating people they see as their opponents.

Antifa recently came into the limelight again when Donald Trump argued that the wave of demonstrations and riots across the US, which feature violence, looting, and pillaging, is being led by Antifa, and pledged to designate it as a terrorist organisation, making it illegal on American soil.