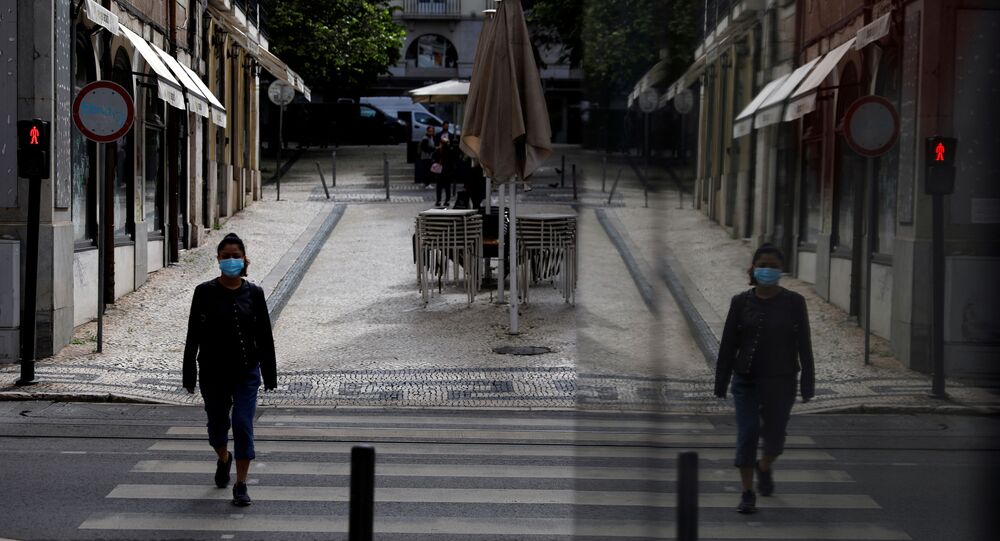 The international press has called the Portuguese case a ‘miracle’ because of the country’s success in fighting the coronavirus. However, Portugal is now reinstating restrictive measures in Lisbon and the metropolitan area amid new confirmed COVID-19 cases.

Portugal is reinstating restrictive measures in Lisbon and the metropolitan area amid new confirmed COVID-19 cases.

From midnight Tuesday, 23 June, gatherings of more than 10 people are again prohibited, while outlets, except restaurants, will now close at 8pm. Selling alcohol in convenience stores and drinking alcohol in public places will also be prohibited.

The government will also fine anyone who doesn’t comply with the restrictions.

“The security forces will significantly increase their presence on the streets, not only in terms of their preventative function, which they have always performed, but they will also charge [offenders] if necessary,” Prime Minister António Costa said after meeting with representatives of Lisbon and metropolitan area's authorities on Monday.

António Costa also sent a warning to malls, demanding stricter controls at the entrance and indoors, among shoppers.

Another sector that will be more strictly controlled is the construction and transportation of workers, “given the infection spread among this sector’s employees,” Costa explained.

According to the Prime Minister, the infection spread is concentrated in Lisbon and the cities of Lures, Amadora, Sintra and Odivelas. According to the Directorate-General of Health, these five municipalities together account for 50 percent of all new COVID-19 cases reported in Portugal over the past two weeks.

The recent newsletter reports 39,392 COVID-19 cases and 1,534 deaths in the country. The overall mortality rate is 3.9 percent, increasing to 16.8 percent among people over 70. According to the government, the hospitals’ bed capacity is under control, but additional specialists will be involved in some departments.

With the beginning of summer in Europe and the end of domestic air traffic restrictions, an increase in the passenger flows at airports is expected. According to Graça Freitas, Director General of the Department of Health, the passenger control manual will be updated and arriving passengers will be required to provide more detailed information.

“The goal is to know where the passenger, who fell ill three, four, two days after arrival, sat and who sat next to him, so that we can quickly contact [those passengers] and act promptly,” Freitas said after the newsletter had been presented.

For Ananda Garcia, a Lisbon-based Brazilian marketer, such measures are not surprising. “On social networks, I see people who are already going to parties involving more than ten people, and this bothers me. The Portuguese and the foreigners living here behaved very well, but now, especially in the summer, they are very relaxed. I’m not surprised that the government is resuming these restrictive measures,” Garcia said.

Ananda Garcia agrees with health authorities’ guidelines for maintaining self-protection measures. “My boyfriend and I try to maintain isolation as much as possible. We don’t meet other people, just one or the other individually. When we go outside to solve specific issues, we see that the city is very busy; it seems that life goes on, only in a mask,” Garcia said.

When announcing the number of infections, the Secretary of State for Health, Antonio Lacerda Sales, drew attention to “individual responsibilities.” “As I said, lifting quarantine doesn’t mean relaxing and shedding responsibility. We must continue taking care of each other. It’s not over yet, we still don’t have the vaccine, and there is still a health risk,” Sales said.

In recent days, confirmation of two major events in Lisbon has also been very resonant – UEFA has chosen Lisbon to host the Champions League final in August, and the CEO of WebSummit, one of the world’s largest high-tech trade shows, said the event scheduled for November would still take place.

On 24 June, a meeting of the Council of Ministers will take place, which will provide an aggregate assessment of the situation throughout the country.