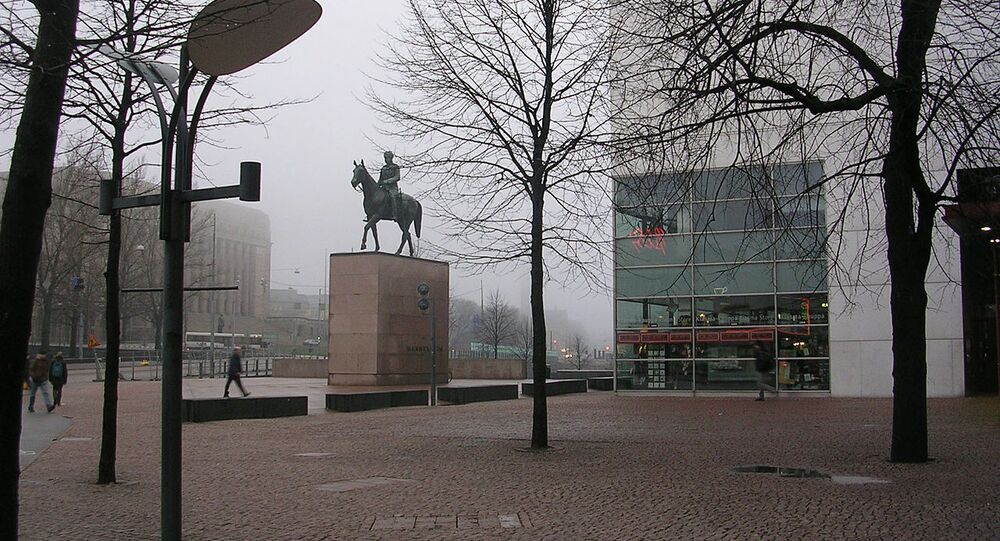 Despite the controversy surrounding Carl Gustaf Mannerheim's role in the Finnish Civil War, he is seen as the father of modern Finland and has been voted the greatest Finn of all time.

The youth wing of the Left Alliance, currently part of the ruling left-of-the-centre coalition, has called to review the statues adorning the Finnish cities and remove those associated with war and oppression.

This includes the statue of war hero and former president Carl Gustaf Mannerheim, which, according to the Left Youth, should be removed from its vantage point in central Helsinki.

“It is high time for Finland to consider whether our history should be remembered with monuments in the middle of cities glorifying war and oppression. For example, the equestrian statue of Marshal Mannerheim, the Tampere Statue of Liberty and the monuments to racial hygienists like Lauri 'Tahko' Pihkala should be removed from the streets,” the Left Youth said in a statement.

Instead, the youth wing of the Left Alliance party proposed creating a “statue park” on an island off the coast of the capital, which could become a Nordic “cultural destination”.

“We suggest Suomenlinna Island as a place for the new statue park”, Left Alliance youth chair Somali-born Liban Sheikh said in the statement. “It is time to move the worship of atrocities and great men away from the streets. Remembering our past does not require glorifying the ills of history.”

Liban Sheikh earlier expressed his solidarity with the Black Lives Matter movement that swept the Western world following the death of African American former convict George Floyd in police custody. He also called out Finland's “racist past” and urged to combat “Afrophobia and systemic racism.”

The bronze equestrian statue of Mannerheim by Aimo Tukiainen stands in centre of Helsinki, Finland. It was erected in 1960 and is 5.4 metre tall, standing on a 6.3 metre tall granite podium.

So it would appear the statue debate has reached Finland. The Left Alliance's Youth Wing has made a proposal for the moving of the Mannerheim statue in central Helsinki to a specially designed park. The statement continues by stating that statues and memorials 'glorifying war and oppression' should be removed from the streets and put in cultural places with signs telling the history. My personal opinion is this is an attempt to jump on the bandwagon and create an issue where there isn't one. Mannerheim is a controversial character, that cannot and shouldn't be denied, but he was also the only man who could have led the Finns to their independence. The complex issue of Finland's birth is not as simple as the Whites won and Reds died. If we really want history to be told, then it needs to be supported by all, only through proper funding can we see history being taught in a neutral and open fashion. Removing Finland's statues to cultural parks will only see them pushed out of the way. What are your thoughts? #finlandwar #finland #finnishhistory #militaryhistory #puolustusvoimat #worldwartwo #winterwar #winterwar80 #talvisota #Talvisota80 #finnisharmy #mannerheim #history #historiansunion #statue

Baron Carl Gustaf Mannerheim was a Finnish military leader and statesman. After making a career in the Imperial Russian Army, where he rose to the rank of lieutenant general, he served as the military leader of the Whites in the Finnish Civil War, when he helped defeat the nation's communists, and a regent of Finland. During World War II, he became Finland's commander-in-chief of forces and ultimately the nation's president (1944–1946), overseeing peace negotiations with the Soviet Union and the UK.

While not entirely uncontroversial, as many left-leaning Finns have issues with Mannerheim's brutal crackdown on the Reds in the aftermath of the Civil War, Mannerheim is revered throughout Finland. In a survey more than half a century after his death, Mannerheim was voted the greatest Finn of all time and is seen as the father of modern Finland. The Mannerheim Museum in the Finnish capital Helsinki has been called “the closest thing to a Finnish national shrine”.