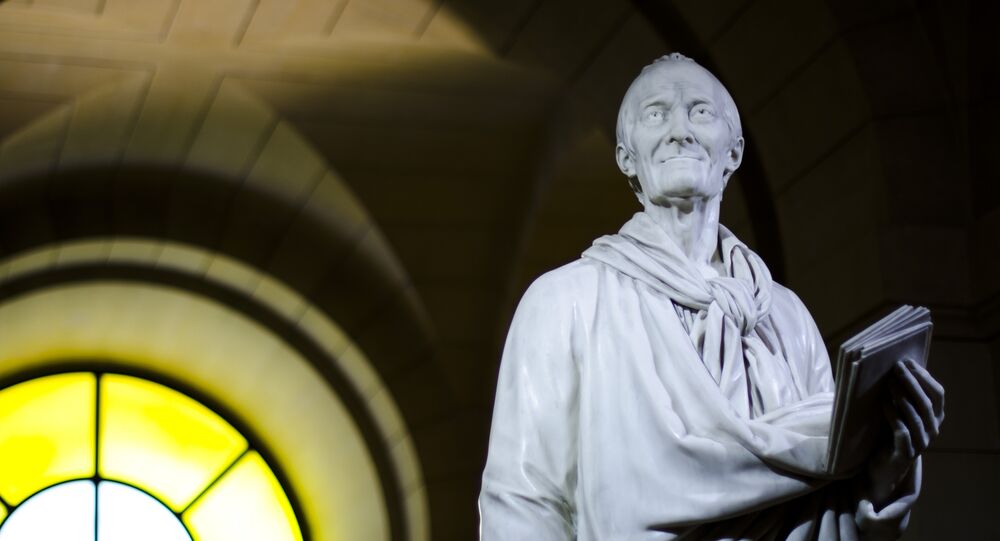 France is among the former colonial powers facing questions over the honouring of historical figures which stand in its prominent cities. The French Empire was deeply involved in the global slave trade as were some of its most famous personalities.

Two statues in Paris have been splashed with red paint amid increasing calls for the removal of effigies of figures link to slavery and colonialism.

The structures depicting colonial administrator Hubert Lyautey and philosopher Voltaire - who made money from the slave trade - hit with the red colouring by protestors.

Known as the 'French empire builder', Lyautey was primary figure in French military history, serving as Minister of War during World War 1 and was the first openly gay Marshall for France.

He also played a role in the historic colonisation of Indochina and aided in crushing the Black Flag Army bandit army encroaching into Vietnam from China.

​Lyautey was later stationed in Madagascar and then Morocco, taking control of increasingly more territory until coming into conflict with German imperialism and launching the First Moroccan Crisis.

Voltaire is one of Frances world-renowned writers and philosophers. He was known for his defence of free speech. With his works later being summarised by Evelyn Beatrice Hall: "I disapprove of what you say, but I will defend to the death your right to say it".

He also had investments in Companie des Indes, an imperial company that was deeply involved in the trading of slaves.

He who defiles a statue of Voltaire really shows through that action what an intectuall barbarian that individual really is. To those who take an aplogetic stance towards this anarchy the quilt becomes shared. #USPol #BlackLivesMatter #ANTIFA #antiintellectualism #anarchy pic.twitter.com/iV2a1CIbJF

​The company named a ship after him, something Voltaire (real name François-Marie Arouet) is believed to have considered an honour.

A bust of Charles de Gaulle was vandalised last week in the northern town of Hautmont near the Belgian border with orange paint and defaced the word 'slaver'.

De Gaulle is known in France for leading the resistance against Nazi occupation during World War 2 and letter served as the countries president.

Statues and monuments across the world to those involved in colonialism and slavery have been the subject of debate as the Black Lives Matter movement holds protests in response to the death of George Floyd in the US - an African American man who died at the hands of white police officers.