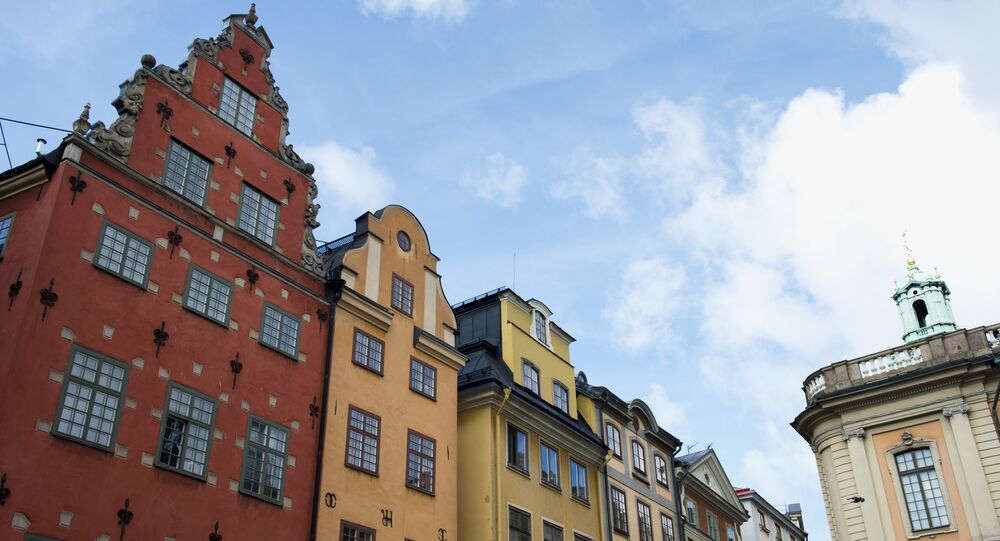 In recent weeks, a wave of savage attacks against statues seen as problematic or controversial has swept the US and parts Europe in the wake of the Black Lives Matter movement and its protests, triggered by the death of an African American man in Minneapolis police custody last month.

The Afro-Swedish National Federation has urged Sweden to “revise” its cityscape and remove statues that violate today's “anti-racist” zeitgeist.

One particular example of such a statue, seen as jarring, is that of King Gustav III in Stockholm.

“I think it says something like 'victory lord' and 'peace creator' on the statue and similar sparkling rhetoric. Well, this person was something else too, he was the man who took Sweden back into the transatlantic slave trade. Then we should also have a discussion about the appropriateness of immortalising him in this way in the cityscape,” Afro-Swedish National Federation chairman Kitimbwa Sabuni told national broadcaster SVT.

According to Sabuni, the series of international protests against statues seen as problematic has infused new life into the debate about public space, a discussion that he believes must be held, even in Sweden.

“What people need to learn is that statues are not living history books in the room, but convey various ideological projects. It's never pure history. These projects change over time and if we have an anti-racist project going on today, shouldn't we change the cityscape accordingly?”, Kitimbwa Sabuni said.

Catharina Nolin, a professor of art history, questions the wisdom of removing statues.

“You can see it in different ways. It is clear that Gustav III was involved in the oppression of blacks when he bought the colony of Sankt-Barthélemy in the Caribbean. But he also contributed much else, among others to Swedish language. I'm not that much in favour of removing, rather adding. To try and create more knowledge about the statues, even the difficult kind of knowledge,” Nolin said.

This approach was in effect shared by Swedish Prime Minister Stefan Löfven, who said he was against removing statues in Sweden. According to Sabuni, however, this ends a discussion that has barely begun.

“Many of us who are Swedes today have been affected by this. And we are still affected today. These crimes have morally relevant traces in our time. It's not ancient history. Our prime minister should be open to at least having a conversation,” Sabuni said.

Gustav III (1746-1792) ruled Sweden from 1771 until his assassination. He was a first cousin of Russia's Catherine the Great, which didn't stop him from waging a war against Russia in an attempt to recapture the Baltic dominions lost in the Great Northern War, before ultimately siding with it.

A believer in enlightened despotism and an admirer of Voltaire, Gustav III was a patron of the arts. He spent considerable funds on cultural ventures and put an end to the legal religious persecution of Catholics and Jews in Sweden.

Gustav III was also the first formally neutral head of state in the world to recognise the United States during its war for independence from Great Britain.

By acquiring Saint Barthélemy in 1784, Gustav III symbolically restored Sweden's overseas colonial presence in the Western Hemisphere. The island, which had a population of just 5,000 in 1800, is now controlled by France.

The death of African American former convict George Floyd at the hands of US police has spurred Black Lives Matter activists to revolt against what is seen as racism by removing, often violently, the statues of historic figures seen as “colonisers”, “oppressors”, and “slave traders”.

Across the US and Europe, statues have been attacked with paint, vandalised, and even demolished by mobs. Among those torn down and ruined are statues of Belgian King Leopold II, slave trader and philanthropist Edward Colston, Christopher Columbus, as well as America's founding fathers and numerous Confederate commanders from the US Civil War.

In Sweden, a case for removing the statues of biologist Carl Linnaeus and ruler Charles XII were made.