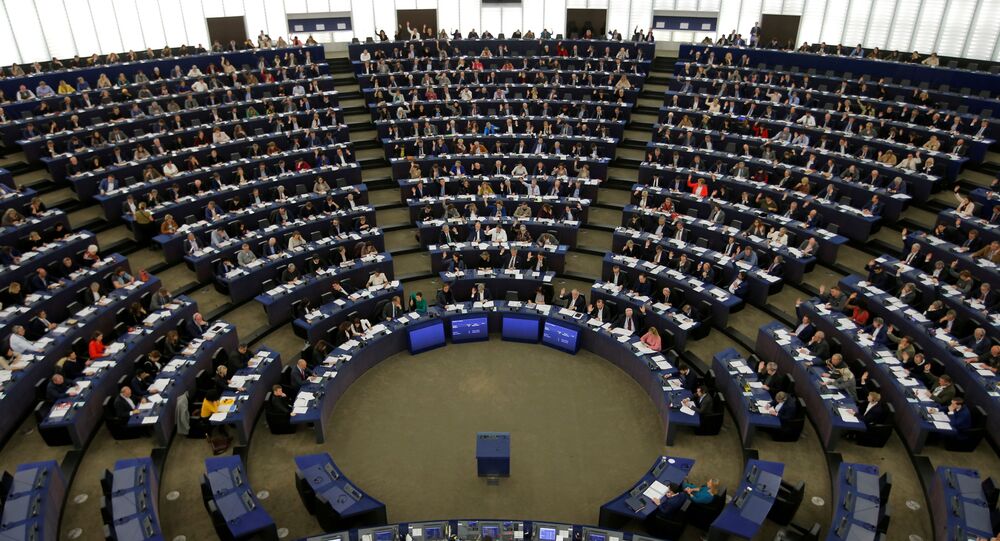 BRUSSELS (Sputnik) – The European Parliament has adopted a resolution to condemn all forms of racism as well as the violence of US police during the ongoing protests.

"In a resolution adopted on Friday with 493 votes to 104 and 67 abstentions, the Parliament 'strongly condemns the appalling death of George Floyd' in the US, as well as similar killings elsewhere in the world. MEPs call on the US authorities to address structural racism and inequalities, criticize the police crackdowns on peaceful protesters and journalists and President [Donald] Trump’s threat to deploy the army as well as his 'inflammatory rhetoric,'" the parliament said in a statement on late Friday.

The lawmakers have voiced support for the protests against racism, and discrimination, as well as condemned any form of white supremacism.

The parliament has denounced the “episodes of looting, arson, vandalism and destruction of public and private property caused by some violent demonstrators” but stressed that any use of force by law enforcement bodies should be “lawful, proportionate, necessary and the last resort.”

The protests against police brutality and for police reform erupted throughout the United States after African American man George Floyd died in police custody in Minneapolis, Minnesota, on 25 May. A video of Floyd's arrest posted online showed a white police officer pressing on the detainee's neck for at least eight minutes despite him being handcuffed and laying on his stomach. Many of the protests turned into riots and violence against police and civilians, as well as acts of vandalism, arson, and looting. Protests against racism and discrimination also took place in many other countries.