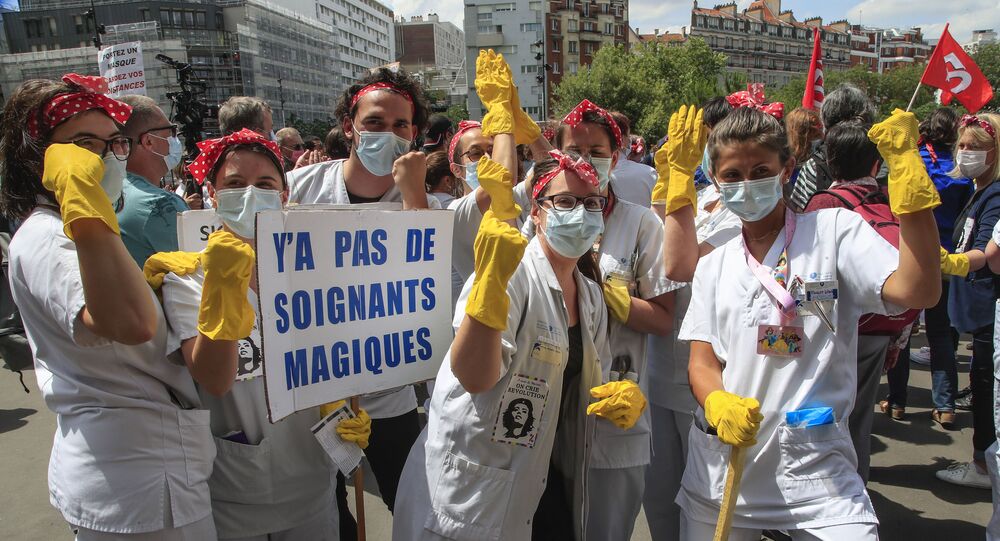 Medical staff have been protesting over working conditions and funding since May after France began gradually easing its lockdown measures imposed due to the coronavirus pandemic.

According to reports, medical staff are protesting against stagnant wages, denouncing the lack of equipment in hospitals and the lack of workforce in understaffed sectors.

​Soon after the start of the demonstration protesters began to clash with police.

A video shows a police officer on the ground with aggressive protesters attacking him. Law enforcement is responding with pepper spray.

​The protesters have started throwing stones at the police.

​French Health Minister Olivier Veran stated in May that the government should implement "large-scale" and "to some extent radical" measures in order to improve the healthcare system.

​According to the minister, health workers in both hospitals and nursing homes would see salary increases as part of a new government plan for the public health system.