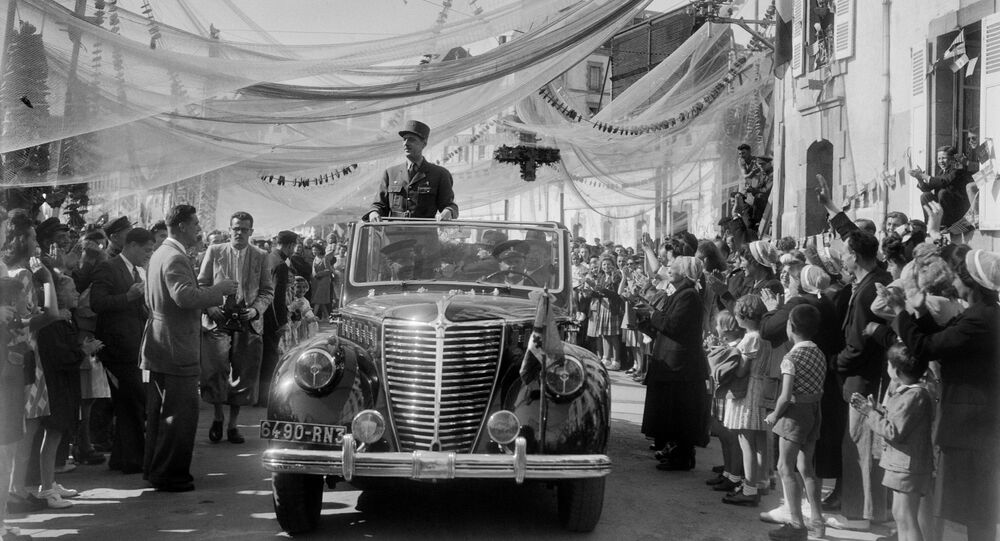 The incident comes after President Emmanuel Macron said France would not erase "a trace" of its history, bashing protesters who urged to remove "controversial" statues, following similar measures in the US, the UK, and other countries.

Unidentified vandals have sprayed orange paint over a bust of general Charles de Gaulle in Hautmont, painting the word "slaver" on it. The incident comes just a few days before the 80th anniversary of de Gaulle's historic call for resistance against the Nazi invasion.

"At a time when we must remember that General de Gaulle kept the Resistance flame alive, the vandalising of this statue in Hautmont is scandalous", head of the regional council for northern France and ex-minister of Health Xavier Bertrand stated.

Some protesters have even gone so far as to vandalise numerous statues of prominent historical figures, while others petitioned authorities, forcing them to dismount "racist" monuments. Among the targeted statues are those to Christopher Columbus, Thomas Jefferson, and General Robert E. Lee

One crowd even toppled and vandalised statues in the UK, also forcing London to cover a Winston Churchill monument in Parliament Square.