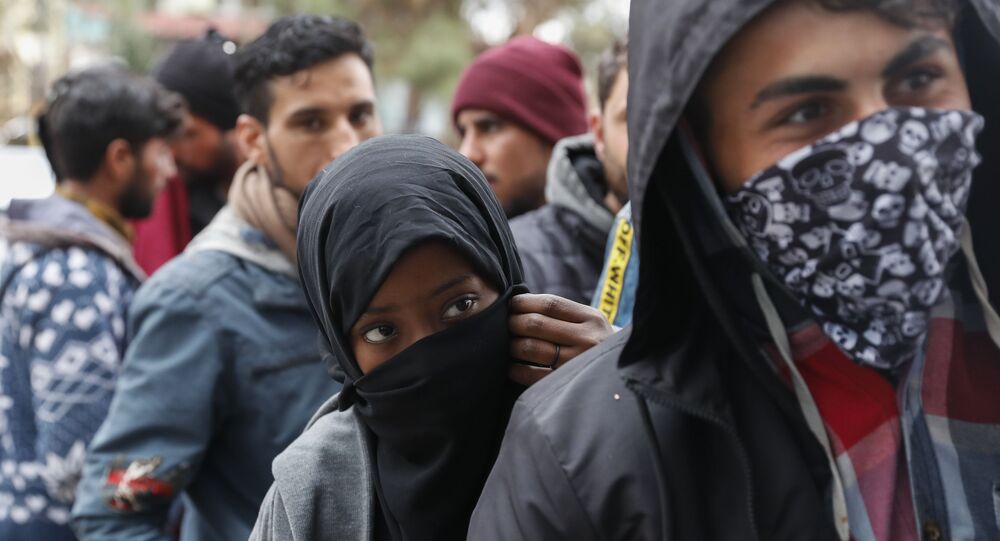 Illegal Migration Into Europe is on the Rise Again – Report

In April, the number of unauthorised crossings into Europe dropped to a record low number since 2009 due to the coronavirus crisis, according to border data provided by national authorities. Now the situation within Europe's Schengen Area has been returning to what it had been in the start of the year, before the global pandemic kicked in.

The number of migrants trying to enter the European Union sharply increased in May following a significant drop the month before, the Funke media group reported, citing figures provided by Frontex, the European Border and Coast Guard Agency.

According to figures cited by the media, there were 4,300 illegal crossings into the European Schengen Area registered in May, nearly a triple increase since April. The Eastern Mediterranean route remained the most popular path to Europe for potential asylum seekers. Overall, there were 31,000 unauthorised crossing into Europe recorded since the start of the year, which is a six percent drop from the same period in 2019.

The quoted report is not currently available on Frontex's official web page. However, the agency previously argued that illegal crossings have sharply dropped to a record low number in April due to coronavirus crisis and widespread border closures. The unauthorised EU border crossings along the main migratory routes thus plummeted by 85% in April, while only around 40 detections of illegal border-crossing activity were recorded on the Eastern Mediterranean route – a 99% drop in comparison to March. The prior month, however, the number of illegal crossings to Europe had already halved from February to 4,650, the agency earlier revealed, as coronavirus restrictions had started being introduced around the world. Due to delayed reporting, however, some of these figures may have been revised now.

© AP Photo / Luca Bruno
EU Failing to Fight Illegal Migration is a Big Problem for Italy - Lega Party MP
Apart from the most popular Eastern Mediterranean migratory route, some other paths have still seen more migration traffic this year, as nearly 7,000 people have reportedly tried to enter Europe through the Western Balkans since the start of 2020, which was nearly a 50% rise in comparison to the previous year.

Earlier, the EU's asylum agency, EASO, argued that there is a risk of the COVID-19 pandemic triggering more asylum-seeking activity in the future from countries in the Middle East and North Africa due to potential food shortages.