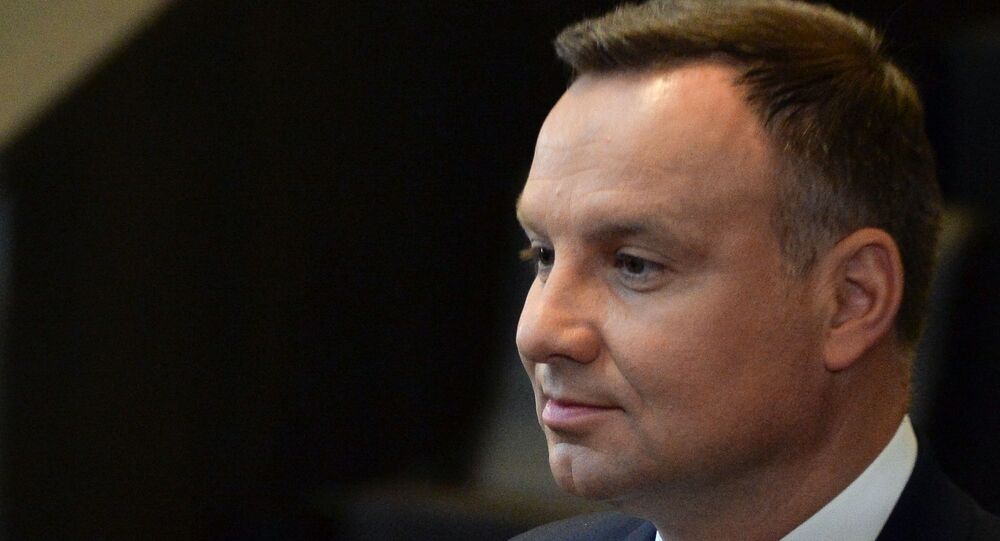 President’s Duda’s words have sparked condemnation and concern from the European Union, which continues to clash with the Polish leader over a raft of issues, including judicial reform. Critics however accuse Brussels of undue interference in Poland’s domestic politics.

Poland’s President, Andrzej Duda, has slammed the promotion of the LGBT movement as an “ideology” more destructive to society than communism.

During a campaign rally for national elections, slated for June 28, Mr Duda declared that "LGBT is not people, it's an ideology.” The Polish leader then went on to say that "my parents’ generation had fought against Communism for 40 years, adding that “they didn’t fight for this so that a new ideology would appear that is even more destructive.”

Mr Duda also criticised the role of schools in educating children on LGBT issues: “This was not why my parents’ generation for 40 years struggled to expel communist ideology from schools, so that it could not be foisted on children, could not brainwash and indoctrinate them… They did not fight so that we would now accept that another ideology, even more destructive to man, would come along, an ideology which under the clichés of respect and tolerance hides deep intolerance."

The European LGBT rights group ILGA-Europe claims that Poland under the leadership of Mr Duda and his Law and Justice Party (PiS) ranks as the worst-performing EU member in terms of LGBT rights.

Speaking to his supporters at the campaign rally in Brzeg, in southern Poland, Mr Duda said that, “parents are responsible for the sexual education of their children… It is not possible for any institutions to interfere in the way parents raise their children.”

As part of his run-up to the elections, Mr Duda signed a “Family Charter” on June 10 in which he pledged to prevent gay couples from being able to get married or adopt children. The bill will also see the outlawing of teaching LGBT issues in schools.

On June 2, the European Commission published a letter addressed to the heads of five Polish provinces condemning resolutions in which those leaders announced themselves “free from LGBT ideology.”

“The letter from the European Commission is a confirmation that the homophobic resolutions passed by local governments in Poland have legal consequences, violate the rights of their residents, and should conform to EU values. It also opens the way to EU funds being blocked – right now,” the letter opens by saying.

According to polling carried out in 2019 by the Polish Public Opinion Research Center, a majority of poles - 66% - opposed same-sex marriage, while 29% believed that gay and lesbian couples should be able to marry.