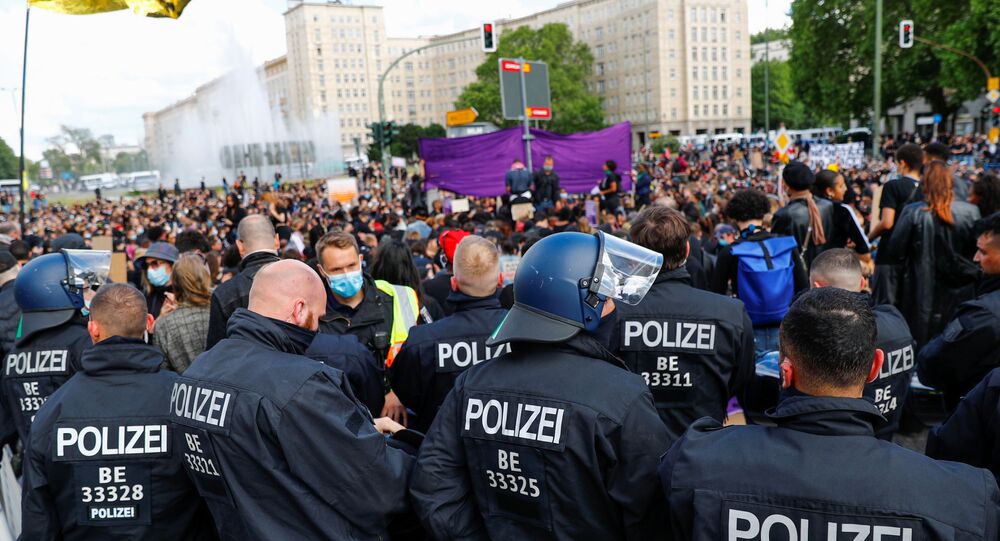 Protests against police brutality and racism started in the US in late May, sparked by the death of African American man George Floyd in police custody in Minneapolis. The protests have been taking place under the 'Black Lives Matter' banner and have since spread to Europe.

Watch a live broadcast from a 'Solidarity Alliance' protest against racism, anti-Semitism and inequality which is taking place in Berlin.

The protest was organised by the Unteilbar movement (which is the German for indivisible). It unites several groups which protest against human rights violations, gender inequality, as well as those advocating for refugees and environmental issues.

The 'Solidarity Alliance' protest is expected to take place in accordance with social distancing restrictions imposed amid the coronavirus outbreak. The participants will line up in a long row, three metres apart from each other, stretching from central Berlin to the district of Kreuzberg.

Similar protests are scheduled for 10 other German cities.