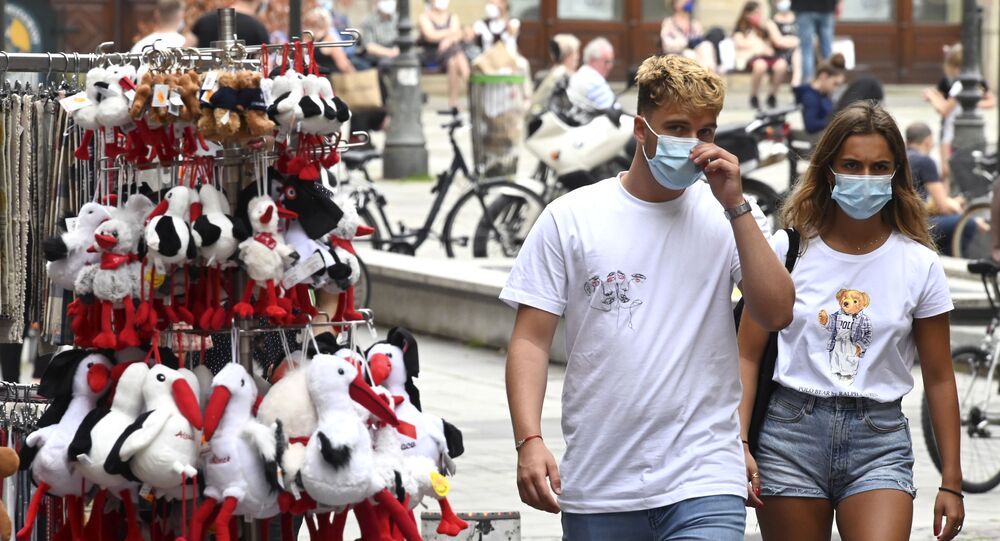 MOSCOW (Sputnik) - The French Council of State said on Saturday lifted the ban on gatherings of more than 10 people, which was imposed on 31 May as part of measures to curb the coronavirus pandemic, if protective measures are taken.

The decision was made after some 15,000 people took part in an uncoordinated protest against racism and police brutality in Paris earlier in the day.

"An interim relief judge suspends 3 Article (banning gatherings of over 10 people) of the decree of 31 May 2020, for demonstrations in public places, which are subject to prior notification", the council said in a statement, adding that demonstrations must be coordinated with the city authorities.

According to the statement, with the exception of special circumstances, a ban on demonstrations in public places can only be justified if protective requirements are not complied with or if more than 5,000 people can gather at an event thus posing health risks to the population.

A number of trade unions and associations of citizens demanded that the order prohibiting gatherings of over 10 people be reversed, the council added.

As of 13 June, the country has registered over 152,000 COVID-19 cases and at least 29,300 deaths related to the disease, the World Health Organization dashboard shows.