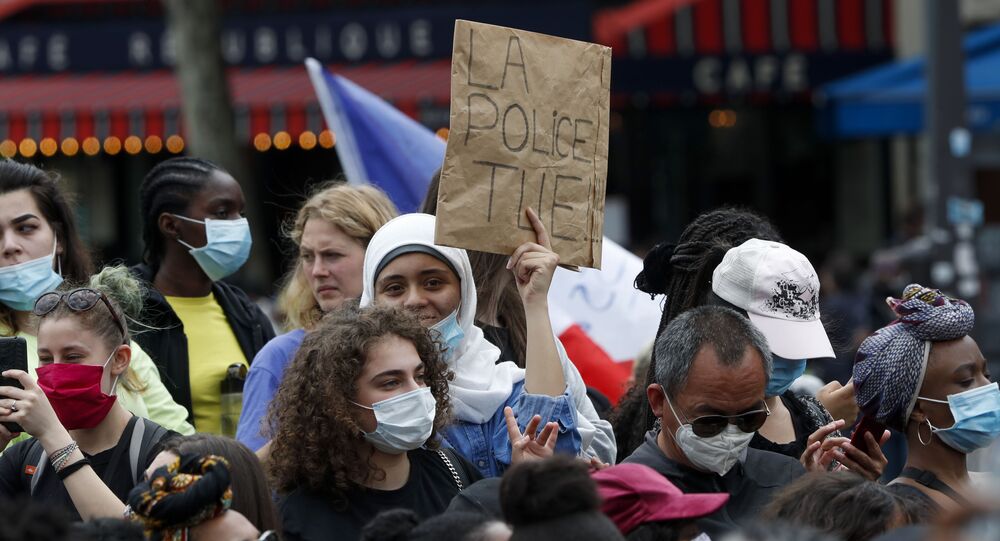 Demonstrators gathered for an unauthorised protest in Paris on Saturday on the back of a worldwide wave of anti-racism demonstrations.

Protesters have begun marching from central Paris’ Place de la Republique in Saturday’s large-scale march against racism and police brutality inspired by the US Black Lives Matter movement, a Sputnik correspondent reported from the scene.

Paris authorities have ordered stores and restaurants along the march’s route to close fearing eruptions of violence.

The gathering flaunts a communique released by the government reminding of the restriction of gatherings of more than 10 people.

French cities such as Marseille and Lyon, which also have large populations of African descent, are expecting similar marches over the weekend.​

Protests against police violence and racial injustice in France were sparked by the case of Adama Traore, which many found similar to the death of African American man George Floyd in the US city of Minneapolis in late May.