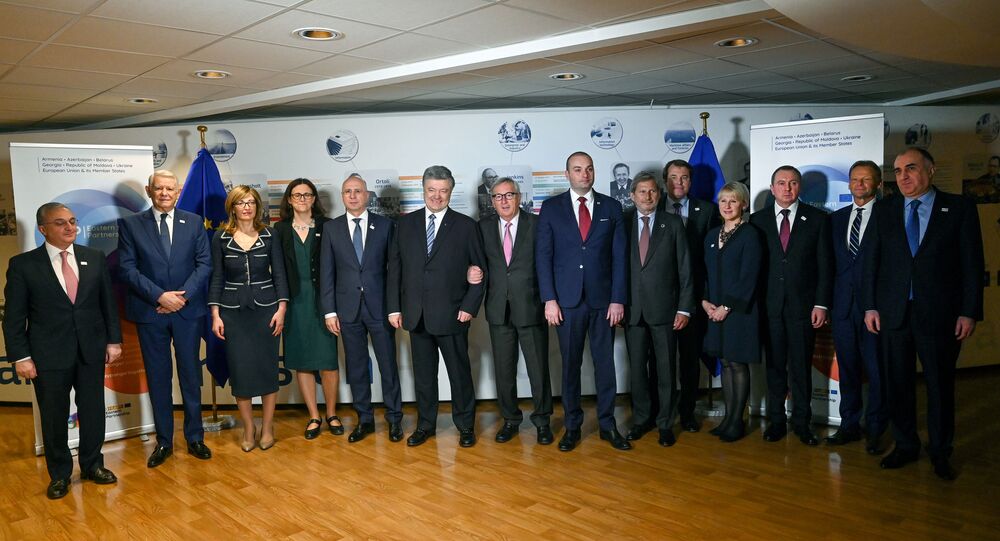 BRUSSELS (Sputnik) - The European Union has mobilized nearly one billion euros ($1.1 billion) in funds and equipment to help the countries of the Eastern Partnership combat the epidemiological and economic impacts of the COVID-19 pandemic, European Commissioner for Neighbourhood and Enlargement Oliver Varhelyi said Thursday.

"During the pandemic, we have mobilized almost one billion euros in help. We have tried to do it as fast as we could", Varhelyi said at a press conference after an informal meeting of the Eastern Partnership foreign ministers.

According to the commissioner, the EU's support was divided into three separate streams, which included immediate medical aid worth 80 million euros ($90 million). Funds have also been diverted to strengthen health care resiliency and to provide economic support, the commissioner said.

"After the COVID-19 outbreak, resilience is going to be the key theme of the future of our partnership with the eastern countries. Resilience especially when it comes to the economy or when it comes to connectivity, or when it comes to joining these countries with our key policy objectives like the Green Deal or the digital Europe initiative. But for that we first need to create a healthy economy", Varhelyi remarked.

According to an agenda published by the European Union, the meeting will stress the importance of solidarity during the ongoing epidemiological crisis, and leaders will also address the partnership’s long-term policy objectives, which include enacting political reforms, increasing economic integration, and meeting climate change targets.

Armenia, Azerbaijan, Belarus, Georgia, Moldova, and Ukraine are members of the Eastern Partnership.