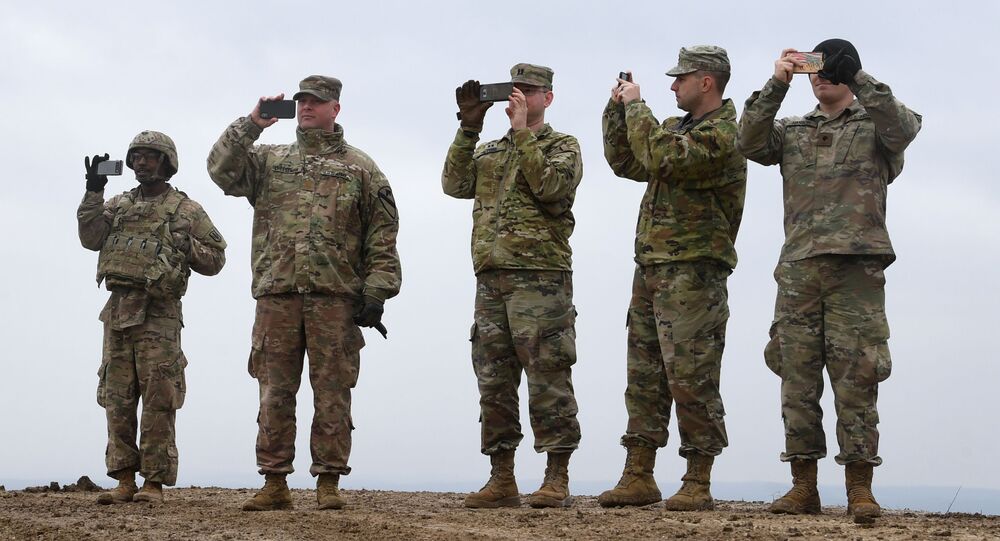 Washington has earlier mulled moving its troops, which are reportedly equipped with nuclear weapons, from Germany, where they are currently stationed, to Poland, closer to Russia’s borders. The suggestion was triggered by opposition from German parties to continuing the deployment of American forces in the country.

The Russian Foreign Ministry has warned that the already complicated relations between Moscow and NATO might become even worse if the US moves its troops from Germany to Poland, in line with the recent suggestions.

"Changes made to the structure of the American military presence in Europe in order to move it closer to the Russian borders will not only worsen the already tense situation in the sphere of global security on the continent, but will also hamper attempts to restart a constructive dialogue between Russia and NATO", the ministry's spokeswoman Maria Zakharova said during a press briefing.

The spokeswoman went on to say that such a redeployment of US forces would go against the agreements struck between the alliance and Russia. While she suggested that the abandonment of these agreements would be heartily welcomed in Poland, Zakharova noted that Russia regards the violation of these accords as unacceptable.

The ministry's representative also suggested that while redeploying, the US military should also bring its tactical nuclear weapons that are purportedly deployed in Germany with. Zakharova used the opportunity to point out Moscow's concerns over the US practice of conducting drills with the use of such weapons with non-nuclear NATO allies. She stressed that such behaviour violates the provisions of the Nuclear Non-Proliferation Treaty.

The issue of the possible redeployment of American forces stationed in Germany was raised after the Social Democratic Party (SPD), one of the two parties in the German government, protested against extending the stay of US troops and spending money to support their military capabilities. Poland, in turn, suggested that the American forces could be redeployed to its territory, citing fears of aggression from Russia.