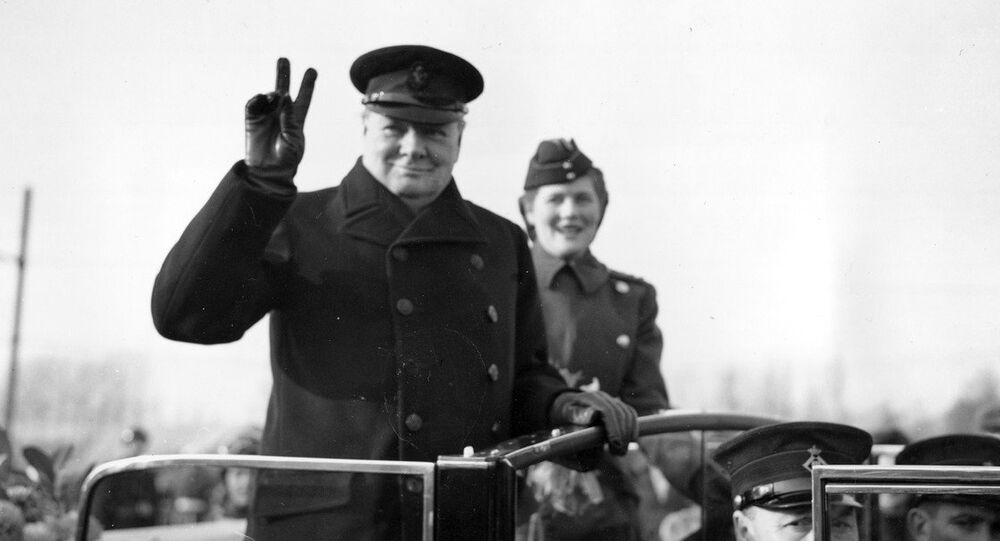 Following the death of African American George Floyd at the hands of US police, a war against monuments seen as controversial has gripped the both sides of the Atlantic, claiming legendary wartime Prime Minister Winston Churchill as their biggest scalp so far.

Thousands of Norwegians have signed an appeal to remove the statues of former British Prime Minister Winston Churchill and Danish-Norwegian writer and philosopher Ludvig Holberg.

According to the initiators, Churchill was a racist and a white supremacist, whereas Holberg, who is venerated as the father of modern Danish and Norwegian literature, was a slave trader.

“It is incredible that racist white men who thought it was okay to oppress black people to such a degree have a place in our streets! <...> We expect both the statues to be laid down! Basically, they were both racists and that should be argument enough for them not to stand in our streets in 2020. Unfortunately, all their achievements are overshadowed by the fact that they were racists”, the petition said.

So far, the petition has gathered over 4,200 signatures.

The three-metre-high bronze statue of Sir Winston Churchill was unveiled in 1976 to celebrate UK-Norwegian ties during World War II. The Ludvig Holberg statue was unveiled in 1939 near the National Theatre. The sculpture group shows Holberg between his comedy characters Henrik and Pernille.

Haboon Hashi of the minority think tank Minotenk is concerned that the very placement of the statues contributes to veneration.

“I am concerned that all statues must be placed in a more appropriate context. For example, Churchill, who undeniably had a racist attitude, is located in central Oslo, and it gives a symbolic effect that honours him”, Hashi explained. According to her, the statues belong in museums where they can be placed in a more fitting context.

By contrast, art historian Tommy Sørbø is critical of the initiative and believes that removing the statues could lead to polarisation.

“I do not defend them and what they did, but I defend freedom of speech. If we are to have freedom of expression, we must also have the ability to withstand utterances that we do not like, such as works of art from the past. Otherwise, you could end up as [Daesh]* terrorists. Some have said that where you burn books, you end up burning people”, the art historian told TV2.

This is not the first attempt to purge Norway of “racist” art. Earlier this week, the Green Party called for the 1762 painting “Justice”, where a goddess of light treads on a dark-skinned man, to be removed from Bergen City Hall.

Henrik von Achen, the director at the Bergen University Museum, cautioned against removing memories of the past.

“If you edit history to adapt everything into the current situation, you can't learn from history, as it no longer exists”, he warned.

In recent weeks, the death of African American George Floyd in police custody in the US has sparked massive demonstrations against racism worldwide. Recently, several statues of Winston Churchill and King Leopold II in the UK and Belgium were vandalised by protesters and removed. In Bristol, a statue of 16th-century merchant and philantropist Edward Colston was demonlished and thrown into a nearby river over his role in the slave trade.

London Mayor Sadiq Khan seized the opportunity to claim that all statues of former slave traders should be removed from public places. However, the acts of vandalism were condemned by the country's Prime Minister Boris Johnson and Interior Minister Priti Patel, among others.