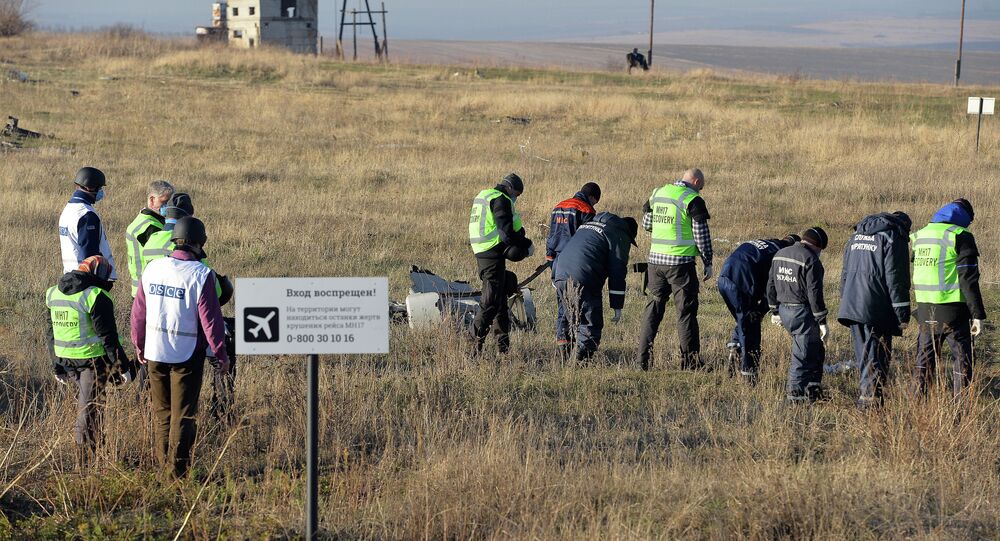 The hearings in the 2014 Flight MH17 crash case resumed on 8 June in the Schiphol Judicial Complex, near the Dutch capital Amsterdam. Russian nationals Igor Girkin, Sergei Dubinsky, and Oleg Pulatov, as well as Ukrainian national Leonid Kharchenko, are defendants in the case.

The cases against three suspects in the MH17 investigation are ready for the main hearing, which will probably take place in autumn, Dutch Prosecutor Thijs Berger said in a statement.

"As we indicated before, the files include several indications that it was precisely their intention to down a military aircraft of the Ukrainian Air Force. We can deduce this from intercepted conversations of the accused after the downing of MH17", Berger stated.

The prosecutor stated that Girkin, Dubinsky, Pulatov, and Kharchenko could have played a key role in deploying the Buk missile that allegedly downed Flight MH17. Berger noted that the Buk's crew also contributed to the crash, adding that the investigation into their actions was ongoing.

MH17, a Malaysian Airlines flight from Amsterdam to Kuala Lumpur with 298 people on board, was shot down on 17 July 2014 in eastern Ukraine, leaving no survivors. Most of the deceased were Dutch citizens. The authorities in Kiev and the self-proclaimed republics in south-eastern Ukraine have blamed each other for the downing of Flight MH17.

The US, UK, and Australia have supported Kiev’s accusations and claimed that the airliner was shot down by a surface-to-air missile from an area controlled by the forces of the self-proclaimed republics, which allegedly received the weapons from Russia.

On 7 August 2014, the Dutch-led Joint Investigation Team (JIT) was created; Russia, however, was excluded from the international investigation for no reason.

© REUTERS / Robin van Lonkhuijsen/Pool
Press Briefing After Hearings in MH17 Crash Case - Video
The Dutch-led JIT probe concluded that the plane was downed by a Buk missile, claiming that it came from the 53rd Anti-Aircraft Missile Brigade of the Russian Armed Forces, based near the city of Kursk. The Russian Foreign Ministry has strongly rejected the conclusions as groundless and called the investigation "biased".