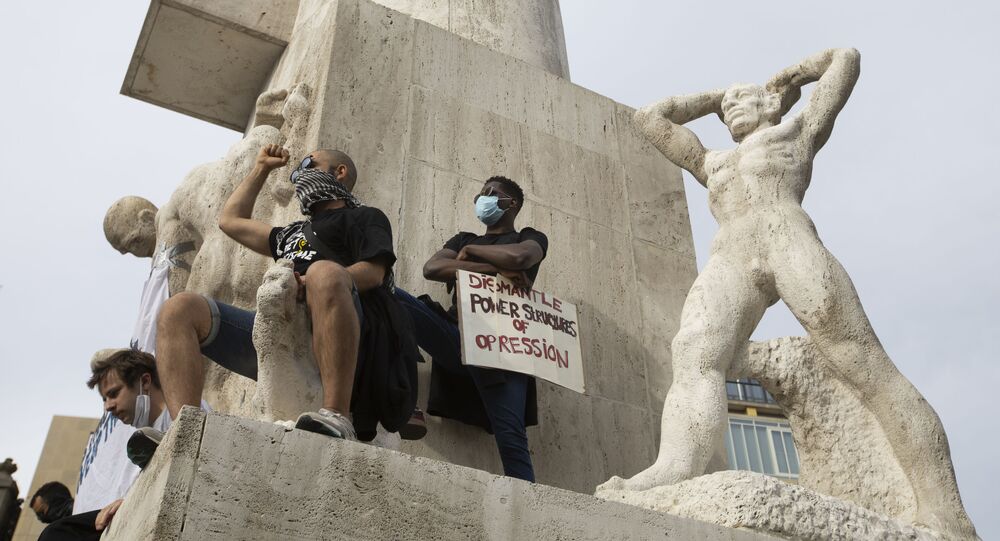 The death of a black man at the hands of Minneapolis police on 25 May sparked nationwide protests against racism and police brutality, which later spread to other countries.

Sputnik is live from the capital of the Netherlands, where people are rallying on Wednesday in solidarity with US protesters angry at the death of George Floyd in police custody.

On 1 June, around 5,000 people gathered in the central Dam Square in Amsterdam with placards that read "Black Lives Matter", "I can't breathe", and "The future is coloured" to protest against racism.

African-American man George Floyd's death at the hands of police in Minneapolis, Minnesota has sparked a worldwide movement against police brutality and social injustice. However, many of the protests have turned into riots, complete with violence against police and civilians as well as acts of vandalism, arson, and looting.