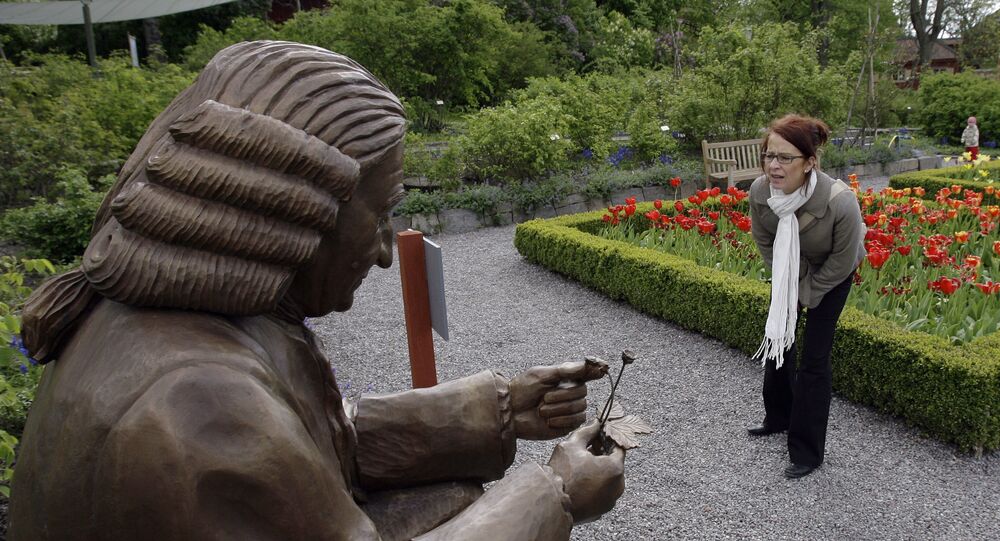 Black Lives Matter protests against racism and police brutality have led to a number of statues seen as problematic or associated with racism and colonialism vandalised, removed, or torn down in several European cities, including London, Bristol, and Antwerp.

Award-winning anti-racist activist Lovette Jallow has called to remove statues of renowned biologist Carl Linnaeus, who is credited with the classification of the plant and animal kingdom and is known as “the father of the modern taxonomy”.

African-born Jallow argued that Linnaeus (1707-1778), should be considered the father of race biology because he divided Africans and Europeans into two different races with different characteristics. This totally offset his other accomplishment, Jallow claimed, suggesting that statues of him “must be shaking”.

“I mean he is everywhere: Stockholm, Malmö, Gothenburg, Uppsala, etc.”, Jallow wrote in a now-restricted tweet, as quoted by the news outlet Samhällsnytt.

In a Twitter rant inspired by “problematic” monuments seen as racist being vandalised or taken down across Europe, she listed several statues of Linnaeus she found especially provocative, including one in Stockholm that was allegedly “staring” at her as she had lunch.

According to Samhällsnytt, Jallow ended her call with a “Just do it!” gif and several laughing emojis. At the same time, she urged her followers not to view her tweets as some form of encouragement.

In the comments, her followers demanded, among other things, that the city of Lund take down its Linnaeus statue. The city's communicator immediately replied that it is Lund University who is responsible for the statue and recommened to raise the issue with them.

​“The statue of Linnaeus has been at Petri Square since 1938 when they wanted to celebrate the 200th anniversary of his studies in Lund, and is owned by Lund University”.

As conservative profile and columnist Ivar Arpi inquired on Twitter, what other statues will be removed in Sweden and what writers would be banished from libraries, users proposed Swedish monarch and warlord Karl XII, writer Wilhelm Moberg (over his depictions of Indians) and the old editions of Astrid Lindgren's classic Pippi Longstocking, whose father admittedly was a “Negro King”. In later editions, he was replaced with a more palatable “South Sea King”.

Jallow's call came as Black Lives Matter activists vandalised and tore down statues and monuments in other countries, including a statue of Churchill in London and King Leopold II in Belgium.

Defacing a statue of Sir Winston Churchill to ‘own the fascists’.

How did the police let them get away with this? pic.twitter.com/NQcL4YZBAI

#Antwerp authorities have removed a statue of colonial Belgian King Leopold II after the weekend’s #BlackLivesMatter protest. The campaign to remove all of them continues. #DRC #KingLeopoldII #Belgium pic.twitter.com/7Io5uAfcMK

​“Does anyone remember the resurrection when Daesh* demolished historic statues in the Middle East? Why aren't people as upset when BLM destroys statues in Europe?”, Swedish blogger Projekt Morpheus asked rhetorically.

​“This is about incitement to crime. I presume that it is already reported to the police and that a preliminary investigation is about to be started”, another user tweeted.

Gambia-born Lovette Jallow moved to Sweden with her family when she was 11 years old and has since profiled herself as a debater and activist. On her website she describes herself as “one of the most important voices of our time when it comes to the fight against racism, discrimination, and injustice in society”. In 2019, she received the Raoul Wallenberg Prize for her work against racism.