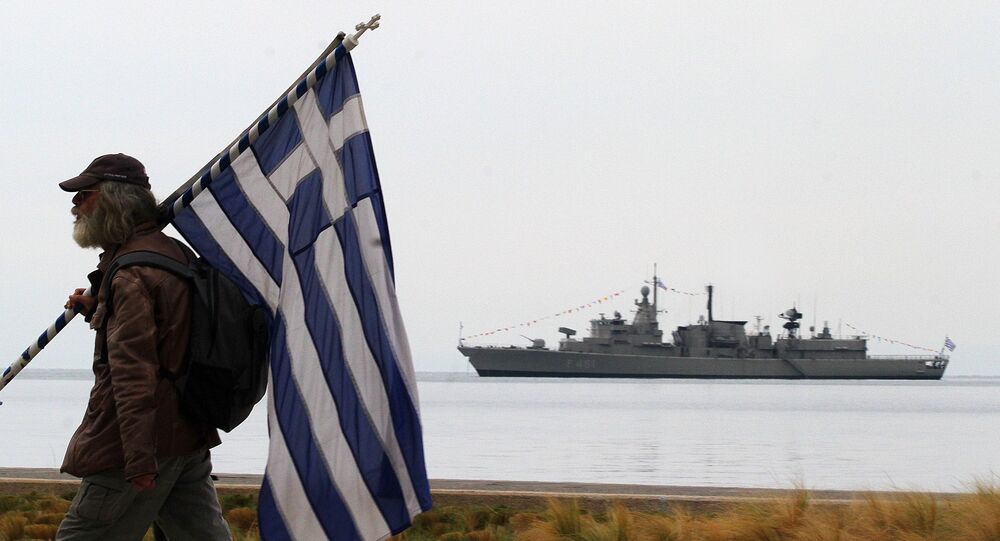 According to Athens, Greek Foreign Minister Nikos Dendias and his Italian counterpart Luigi Di Maio will give a press conference on the agreement later on Tuesday.

Greece and Italy have reached a historic agreement on the delimitation of maritime zones in the Ionian Sea.

The signing of the agreement on the boundaries of the Exclusive Economic Zone (EEZ) is scheduled for Tuesday noon, during the meeting of two foreign ministers, Nikos Dendias and his Italian counterpart Luigi di Maio in the building of the Greek Ministry of Foreign Affairs, which will be followed by a press conference.

This development comes following years-long negotiations between Athens and Rome, after concerns largely over fishing rights in the Ionian Sea, earlier expressed by Rome, were addressed and resolved.

The agreement is effectively an extension of a previous maritime borders deal clinched by Italy and Greece in 1977. It is also expected to pave the way for a similar accord with Albania.

According to Kostas Ifantis, Prof. of International Relations Dept. of Political Science and Public Administration, University of Athens, there has always been an “acute” issue: the Italians didn’t sign the agreement because they were concerned about “the red shrimp” in the Ionian Sea.

“The agreement was initially blocked due to issues with Italy’s fishing rights. Italians haven’t hitherto wanted to ink the accord on delimitation, because they believed, that if Greece extended its territorial waters up to12 nautical miles, the step wouldn’t allow them to fish in the waters up to 6 nautical miles,” Ifantis explained.

As per the concept of EEZ, adopted in 1982 at the Third United Nations Conference on the Law of the Sea, a sovereign state exercises special rights regarding the exploration and use of marine resources, including alternative ways of energy production, from water and wind.

The area of ​​the EEZ stretches beyond the territorial waters and up to 200 nautical miles from the coastline, while the jurisdiction of the coastal state concerns the seabed and the waters below the sea surface, with the latter formally being under international jurisdiction.

Regarding territorial waters and the continental shelf, if the EEZs of two countries overlap and interact, it is up to the neighbouring states to jointly determine the maritime borders.