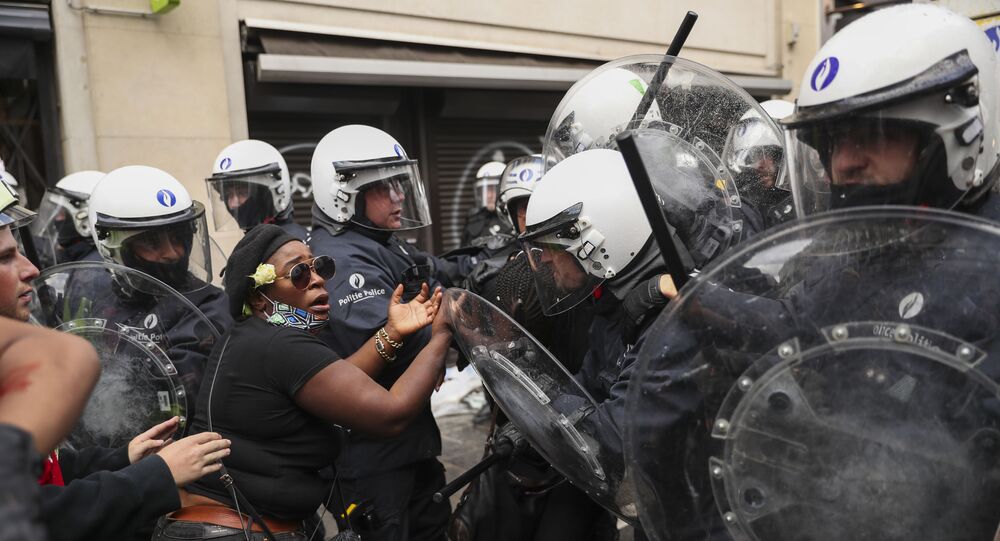 "The two largest police unions have filed a strike warning due to negligence of employees", a police spokesperson said in a video address.

The warning comes after violent clashes in two central areas of Brussels over the weekend. Police reported 37 injured officers.

The law enforcement officers are also outraged by the fact that over 10,000 protesters had gathered without complying with sanitary safety measures amid the epidemiological situation in the country. Police as well point to the lack of adequate measures taken to prevent riots, conflicting orders, and restrictions on the use of special equipment to deter offenders.

On Sunday, hundreds of violent protesters at a Black Lives Matter rally in the Belgian capital threw rocks and bottles at police forces, who had water cannons at the ready.

Protestors were defending themselves from the Police Officers in Brussels, Belgium after they came to disperse the massive crowd protesting for BLM#protest #brussels #georgefloyd #riot #blacklivesmatters #BlackLivesMattters pic.twitter.com/IDCXuNSv28

Up to 5,000 demonstrators gathered in Place Poelaert in central Brussels to peacefully protest against police brutality and racism toward black people in Belgium and the United States. Tensions escalated after their numbers swelled to almost 10,000 within hours.

Separately, more than 100 anti-racism protesters were arrested in the city of Antwerp for failing to comply with social distancing rules at an unauthorized protest, held in support of US rallies that were stoked by the in-custody death of African American man George Floyd.