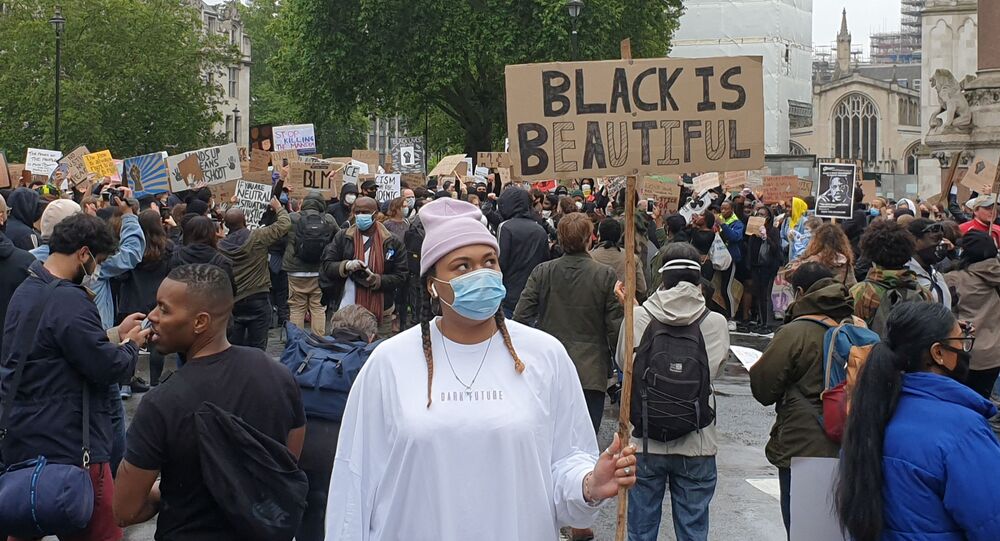 The day before, thousands of people gathered in Parliament Square in London for a Black Lives Matter protest to stand against police violence and racism in the United Kingdom.

UK's Health Minister Matt Hancock stated on Sunday that anti-racism protests attended by thousands of people in London and other major British cities "undoubtedly" risk causing an increase in the number of COVID-19.

"I support very strongly the argument that is being made by those who are protesting ... but the virus itself doesn’t discriminate and gathering in large groups is temporarily against the rules precisely because it increases the risk of the spread of this virus," Matt Hancock said.

Speaking further, the senior official stated that as Britain is winning the battle against coronavirus, the authorities can ease some restrictions.

© REUTERS / Toby Melville
Winston Churchill Statue Defaced on D-Day Anniversary Amid George Floyd Protests in London
According to the World Health Organisation (WHO), as of 6 June, the UK has more than 283,000 confirmed coronavirus cases, while the death toll has exceeded 40,000.

Several protests were carried earlier this week in the UK, bringing together thousands of people, who wanted to express their outrage over the death of George Floyd and raise the issue of police brutality.

The protests came despite the government's warning to avoid large gatherings due to the risk of coronavirus.