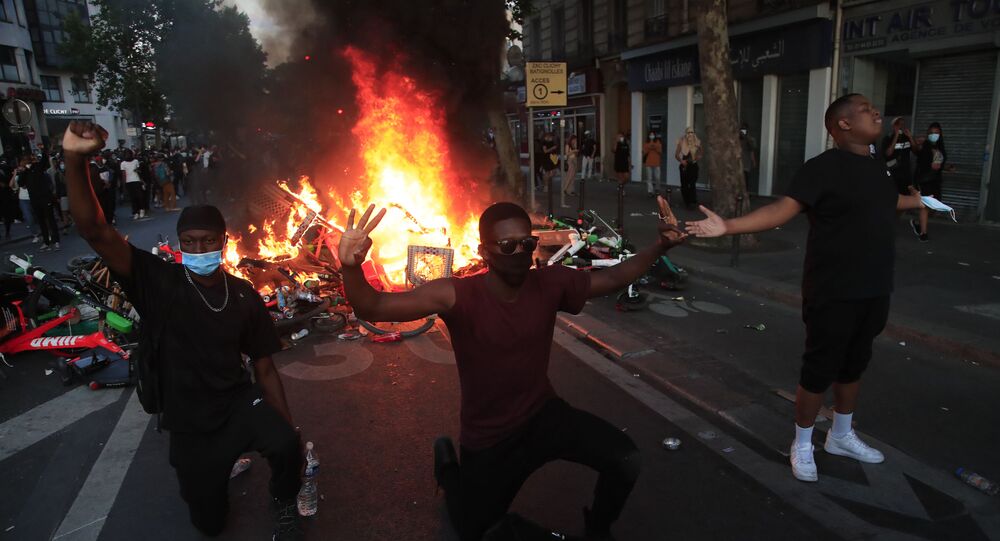 Earlier, a protest in Paris demanding justice for Adama Traore and George Floyd rapidly escalated after police pepper-sprayed a protester at close range.

Live outside the US embassy in Paris as people gather during an unsanctioned rally against police brutality and to demand justice for George Floyd, an African American man who died in Minneapolis police custody in the US state of Minnesota.

According to reports, around 200 people gathered near the US embassy.

Earlier, the police had banned the protest, citing the risk of spreading COVID-19 and fears of public disorder. In a decree, the police noted that social distancing rules ban gatherings of more than ten people.