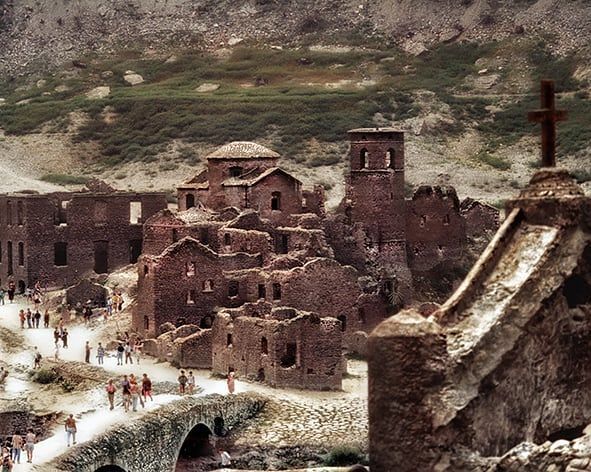 Sunken Italian Village Set to Reemerge From Beneath the Waves Next Year, Ex-Mayor's Daughter Says

While the village is currently submerged underwater, it becomes visible when the lake gets drained for maintenance.

Fabbriche di Careggine, a medieval-era village that was located inthe Italy's Tuscany region, and which currently rests underwater, may soon see the light of day once again.

As the Daily Star points out, while the village became inundated in 1946 due to the construction of a dam nearby and the subsequent formation of artificial Lake Vagli, the settlement becomes visible when the aforementioned body of water gets drained for maintenance.

And while the lake has since been drained on four occasions – in 1958, 1974, 1983 and 1994 – with about 1 million people visiting the location to take a gander at the village, Lorenza Giorgi, daughter of ex-mayor Ilio Domenico Giogi, has alleged on her Facebook page that the lake will be drained next year.

"I inform you that from certain sources I know that next year, in 2021, Lake Vagli will be emptied", she wrote."The last time it was emptied in 1994 when my father was mayor and thanks to his commitment and to the many initiatives that, with effort, had managed to put up in one summer the country of Vagli welcomed more than a million of people".

She also recalled how her father told her about how difficult it was to "attract such a large number of people" back then, and expressed hope that "next year, strong of the past experience of which everyone has a beautiful memory and with the help of social networks, we will be able to repeat and overcome the great success, with just as much attention".