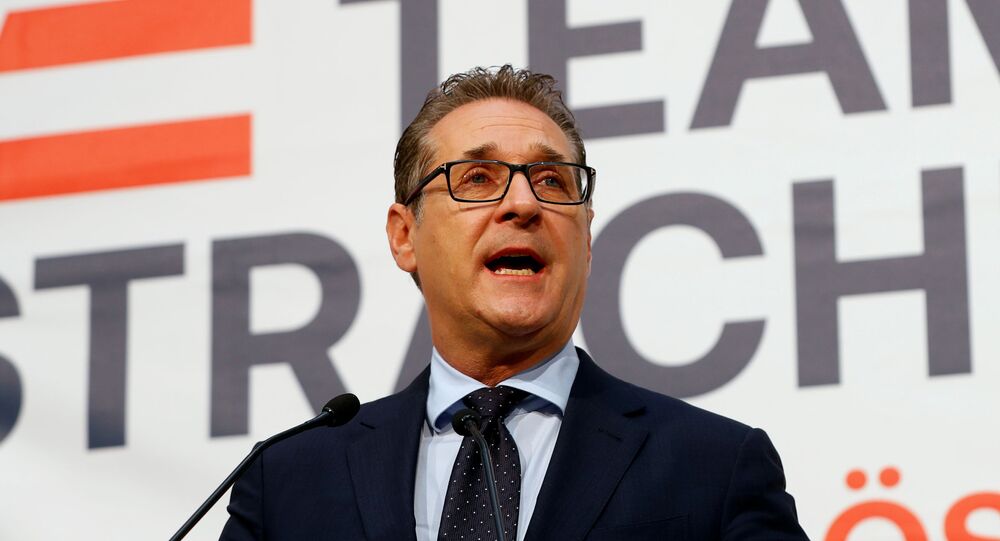 Heinz-Christian Strache, former chairman of the Freedom Party, has been embroiled in political scandal over corruption allegations last year. Now, the politician is facing a new scrutiny for allegedly writing a dedication to a nearly 80-year-old anti-Semitic book.

Former Austrian Vice Chancellor, Heinz-Christian Strache, has come under fire from the country’s politicians after the Suddeutsche Zeitung alleged that he wrote a dedication to a reprint of the anti-Semitic 1941-book “Jewish Confessions from all Times and Lands” by Jonak von Freyenwald, back in the 1990s, allegedly penning it to a friend.

The note, which was published by the outlet and reportedly analysed by a handwriting expert was said to be “almost certainly” written by Strache, referring to Jewish people as “adversaries” who were lustful for power.

“This book should give you an insight into the convoluted and power-hungry Jewish worldview”, the dedication signed with “Heinz-Christian Strache” reads in German. “As part of our country’s political elite, we must study our enemies, expose and confront their convoluted ideas”.

​The former vice chancellor was immediately approached by the outlet to comment on the finding. However, he communicated through his lawyer that he was not aware of the book’s content and could not recall writing the note, while strongly rejecting any anti-Semitic sentiments “out of deep conviction”, Suddeutsche Zeitung reported.

© AFP 2020 / Erik SIMANDER / TT News Agency
Swedish Prime Minister Warns of Racism, Anti-Semitism in the Wake of Coronavirus
The politician, who lost his position as a vice chancellor following a corruption scandal last year, is now facing a backlash from other Austrian officials following the accusations. The chairwoman of the Social Democratic Party of Austria, Pamela Rendi-Wagner, slammed the dedication as “disgusting”, a comment that was echoed by the minister of the Austrian Chancellery, Karoline Edtstadler.

Freyenwald’s “Jewish Confessions from all Times and Lands” book was originally published in 1941 by the National Socialist Stürmer Verlag and has long been seen as an example of “wartime Austrian anti-Semitism”.