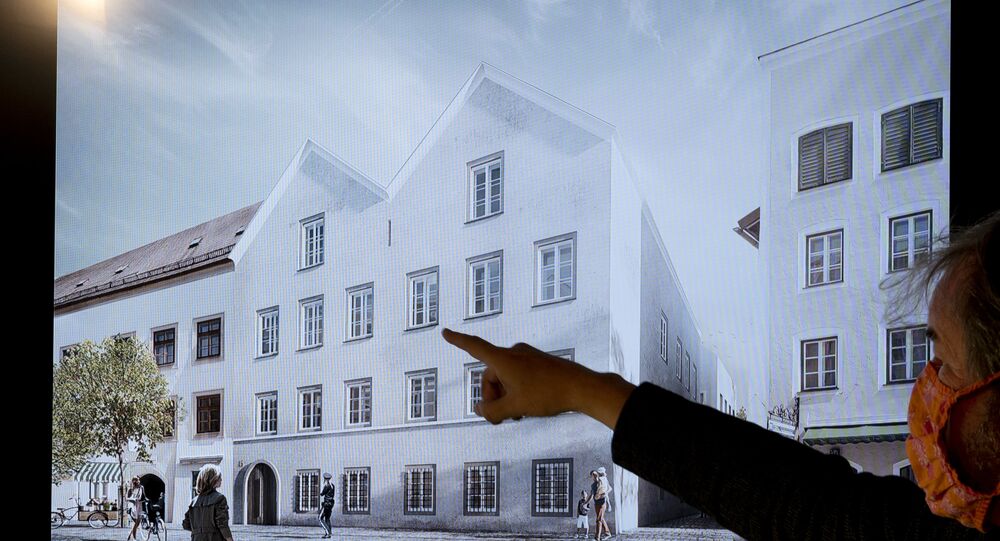 As Hitler’s Birthplace In Austria Is ‘Neutralised’, Why Are Notorious Buildings Magnets For Ghouls?

On 20 April 1889 Adolf Hitler was born in a non-descript house in the Austrian town of Braunau am Inn. The house became a shrine for neo-Nazis and in 2016 the Austrian government bought it and tasked an architecture firm with trying to “neutralise” it.

Austrian officials have unveiled plans to turn the house where Hitler was born into a police station and modify it in a bid to stop it becoming a magnet for those who admire the former Nazi leader.

Austrian architecture firm Marte.Marte, has won the five million euro contract to transform the house by 2023.

Interior Minister Karl Nehammer said: "A new chapter will be opened for the future from the birth house of a dictator and mass murderer.”

​But the birthplace of Hitler is just one of many notorious buildings all over the world which have become magnets for ghouls. Here are some of the most infamous addresses and what became of them.

About 80 miles east of Hitler’s birthplace lies an even creepier residence.

The house in Strasshof, a suburb of Vienna, looks like any other in the neighbourhood but it is notorious in the annals of Austrian criminal history.

In March 1998 Wolfgang Priklopil abducted 10-year-old Natascha Kampusch on her way to school, bundled her into a van and took her back to this house where he secreted her in a purpose-built underground cell.

She was to remain there until 23 August 2006 when she escaped from the garden of the house while Priklopil was distracted.

When the 18-year-old alerted police Priklopil threw himself under a train rather than face the inevitable trial and lengthy imprisonment.

Ironically Natascha was later granted the house as compensation from Priklopil’s estate for her ordeal and she decided not to demolish it but to keep it unchanged.

A decade later Kampusch told the Daily Mirror how she often visited the house and explained why she had decided against demolition.

She said: “It has been empty for 10 years. People sometimes come and leave candles for the soul of the kidnapper. The house itself cannot hurt me, only the memories of what happened here can. Bricks and mortar are not evil.”

In February 1994 police began to dig up the back garden of a large, semi-detached Victorian house in the historic city of Gloucester in the west of England.

They were looking for the body of a 16-year-old girl who had gone missing seven years earlier.

​The girl’s parents, Fred and Rose West, would turn out to be serial killers and sexual deviants who had buried the bodies of several teenage girls and young women beneath their home at 25 Cromwell Street.

British newspapers soon dubbed it “The House of Horrors” and it featured on the evening news for months as police officers unearthed more and more bodies in the garden and in the cellar.

On New Year’s Day 1995 Fred West hanged himself while on remand at Winson Green prison in Birmingham and later that year his wife was convicted of 10 murders and jailed for life. She will never be released from prison.

In October 1996 the House of Horrors and the next-door house, 23 Cromwell Street, were bought by Gloucester City Council and demolished in an attempt to erase the horrific memories of the case. The wrought iron sign for the house was destroyed to prevent it falling into the hands of ghoulish souvenir hunters.

But in 2017 the Daily Mirror reported that thousands of people engaged in “dark tourism” still visited the spot, which has since been turned into a landscaped path, a shortcut between Cromwell Street and the town centre.

Serial killer John Wayne Gacy was a building contractor who sexually abused and killed 33 young men in a Chicago suburb in the late 1970s.

The jovial and friendly Gacy - who was plaid by the late Brian Dennehy in a TV movie - would make them put on a pair of handcuffs by pretending it was part of a magic trick. He would then rape and torture them.

​The bodies of 29 of his victims were found in the crawlspace beneath his home in the Norwood Park Township in 1979.
Gacy - who often dressed up as Pogo The Clown and performed for charity - was executed by lethal injection in 1994.
Gacy’s home at 8213 Summerdale Avenue was torn down in the wake of his conviction and replaced by another house in 1988. In October last year that house was put on the market for US$459,000.

Another notorious address is the house where Belgian paedophile and serial killer Marc Dutroux imprisoned six girls in the 1990s.

The property in Marcinelle, a down-at-heel community near the former steel town of Charleroi in Wallonia, has been boarded up and hidden behind a mural since Dutroux was arrested and convicted of murder in 2004.

​Sabine and Laeticia survived and were rescued in August 1996 but the other girls were all killed.

The house was seized by the city of Charleroi for 23,000 euros - the money being used to compensate the victims’ families - and a mural of a child flying a kite was painted on the side.

But last year the city council announced a one million euro plan to demolish the house and an adjoining property and build a memorial park.

Dutroux, now 63, remains in prison but is reportedly convinced he will eventually be released.

In the 1950s one of the most notorious addresses in the whole of London was 10 Rillington Place.

That was the home of John Christie, a former police officer, who was one of Britain’s most notorious serial killers.

Among Christie’s victims were his tenant Beryl Evans and her baby daughter Geraldine, who were murdered in 1949. Mrs Evans’ husband Timothy was convicted of the murdered and hanged.

Four years later Christie finally moved out of 10 Rillington Place and the new owners found three bodies hidden in an alcove in the kitchen, which had been covered with wallpaper.

Christie - who is believed to have killed at least eight women - was convicted of murder and hanged in July 1953.

Richard Attenborough starred as Christie in the 1971 film 10 Rillington Place but the road itself had already been renamed Ruston Close. The houses were demolished in the 1970s when the A40 Westway was built.

Several websites wrongly claim Ruston Mews is the site of the former Rillington Place and the residents’ association website makes it clear that is not the case.

Hillsborough stadium - home of Sheffield Wednesday Football Club - was the scene of a terrible tragedy in 1989 when 95 Liverpool fans suffered fatal injuries during an FA Cup semi final against Nottingham Forest.

The disaster took place on the terrace at the Leppings Lane End of the ground.

The terrace was converted to 2,294 seats and reopened to spectators in August 1991 and is nowadays known as the West Stand.

The stadium still hosts football matches although it has not hosted an FA Cup semi final since 1997, when Middlesbrough beat Chesterfield 3-0 in a replay.