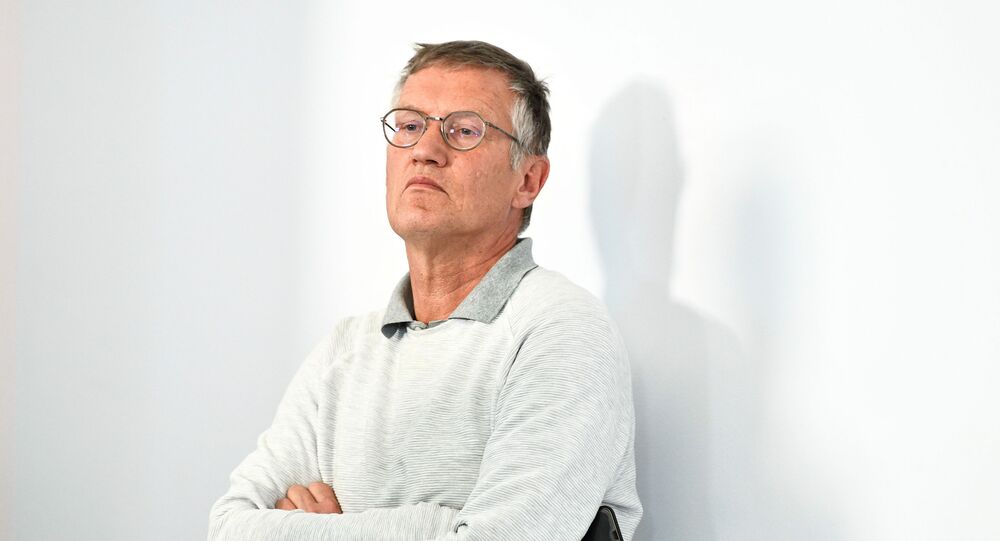 So far, Sweden's defiant no-lockdown strategy in a bid to reach herd immunity has resulted in a much higher COVID-19 death rate compared to its Nordic peers.

If it was possible to go back in time, Sweden would have adopted more measures to stop the pandemic, state epidemiologist Anders Tegnell, the man seen as the architect of the nation's COVID-19 strategy, said in a recent interview.

“I believe there is clearly room for improvement in what we have done in Sweden”, Anders Tegnell told Swedish Radio.

In the interview Tegnell appeared self-critical and suggested Sweden should have acted sooner and done more.

“Had we encountered the same disease, with exactly what we know about it today, I think we would have ended up doing a crossover between what Sweden did and what the rest of the world did”, Tegnell said, comparing Sweden's no-lockdown strategy with only a handful of restrictions with vast shutdown measures elsewhere across the continent. However, Tegnell offered no concrete examples of what would have been done differently.

It's Sweden's high death rate that has made Tegnell rethink his approach, as he acknowledged that too many Swedes had died prematurely due to the epidemic. While other European countries are seeing ever-lower death rates, nearly 50 people still die in Sweden each day. For instance, on 2 June, Sweden saw 65 deaths as opposed to merely one in neighbouring Norway.

Tegnell voiced hope that lessons will be learned by other countries that are now removing the lockdown and easing the restrictions.

“Actually, all countries have thrown everything in right away. Sweden is one of the few countries that has been working toward a stop. All other countries started with a lot of cases right off the bat, and the problem with that is that you don't really know which of the measures taken have the best effect. Maybe we'll learn that now as we start removing the measures one by one, and then maybe we get some kind of knowledge about what else, besides what we did, could have been done without a total shutdown”, Tegnell said.

At the end of May, Tegnell admitted that Sweden had found itself in a “terrible situation” and said that more should have been done to protect the elderly, who account for the majority of Sweden's fatalities.

Unlike most of the world, Sweden decided not to shut down in the face of the novel coronavirus, and ran mostly as usual, keeping most schools, restaurants, bars, and businesses open with only minor limitations in place. Since the onslaught of the epidemic, Swedish politicians and healthcare officials, including Tegnell, have employed conflicting messaging about herd immunity and its desirability, lauding it as the only effective solution while disavowing it completely as a strategy. As recent antibody tests revealed no trace of herd immunity even in severely affected areas, such as Greater Stockholm, could be discerned.

With its unique approach, Sweden has seen over 38,500 confirmed COVID-19 cases and close to 4,500 deaths. However, Tegnell himself suggested that the real number of cases could be an order of magnitude higher, due to limited testing.